CLEAR LAKE – A Clear Lake woman who was accused of stealing a bike during Ragbrai is facing new theft charges.

Jennifer Mae Lowman has faced a number of charges in stolen property cases, most notably for burglary in connection to missing bicycles during the Ragbrai festivities of this past summer. She was charged with burglary in August but the charge was later dropped.

Lowman was charged with fifth degree theft in June by Clear Lake police and later pled guilty.  She was ordered to pay $352.00 in fines and court costs.

Lowman was then charged with fourth degree theft in July by the Cerro Gordo County Sheriff’s Office. She pled not guilty and is now waiting a jury trial on January 6, 2015.

Lowman also pleaded guilty to trespassing in September after being charged by Mason City police. 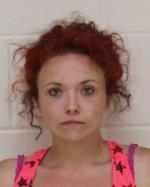