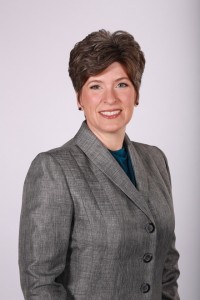 DES MOINES – Before Joni Ernst goes to Washington, she has to get out of Des Moines.

“United States Senator-elect Joni Ernst has served her state and country as a soldier in the Iowa National Guard, local elected official and as a State Senator,” said Branstad. “Though I’m disappointed to lose Senator-elect Ernst’s leadership in the Iowa Legislature, I know she will be a strong voice of Iowa common sense in Washington, D.C.”