MASON CITY – A wanted man formerly of Minneapolis but calling the North End of Mason City his home was caught by police Saturday after an incident at Highway 122 and Pierce Avenue.

Victor Rivera, age 47, was stopped and arrested by numerous law enforcement officers Saturday around 5 PM after an incident at Pierce Avenue and Highway 122. That incident was not described, as of yet.

Rivera had been wanted since April of this year in connection to an incident in Clear Lake where he was charged with felonies. On Saturday, February 1, 2014, Clear Lake police said Rivera brandished a large knife at an apartment complex and threatened to harm others. He later entered an apartment with the knife searching for a man he had been fighting with. Police arrived and physically restrained Rivera and took him to jail.

More on this developing story to come. 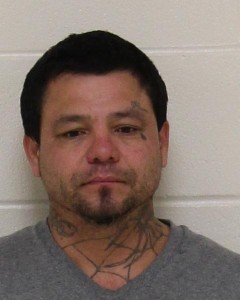