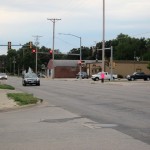 MASON CITY – The exodus from this North Iowa community is showing no signs of slowing down.

One of the major goals of city hall over the past 4-plus years has been to reverse this trend and attempt to grow the population. Over this time, glowing speeches and lip-service have been paid to so-called accomplishments from city leaders, leading some to believe that the city was on the rebound and turning around. However, these latest numbers indicate that the words coming out of the mouths of Mayor Eric Bookmeyer and the city council are hollow, and they are failing in a alarming way.

Residents are fleeing Mason City, and there seems to be no end in sight. 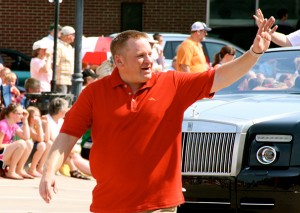 Mayor Eric Bookmeyer waived goodbye to hundreds of residents since he took office, with no end in sight.

One resident told NIT that “there’s no good jobs. Who can live on $9.50 or less an hour? That’s what most of the jobs pay. Who can support a family that way? It’s no wonder people are leaving.”

Many say they are looking for greener pastures in more progressive areas.

“We love it here,” said a former Mason City resident, who moved his family to the Des Moines area 2 years ago. “It’s night and day. Our whole family is happier. There’s so much more opportunity. It’s not perfect, but it beats what we had going up north.”

Some current residents who are looking to leave say there are too few amenities in Mason City, jobs pay too low, crime is high, taxes and costs are skyrocketing and the overall attitude of residents stinks.

“The town is divided,” one man said. “There’s two classes of folks. If you’re not in the upper, you are frowned upon, treated as second class. It’s pretty ridiculous. Plus, they raised my taxes big time. We’re out as soon as we can afford a moving van.”