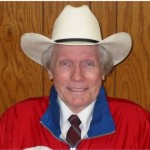 NIT – Reports are now confirmed that the “pastor of hate”, Fred Phelps, is dead as of late Wednesday. He had been in a hospice for some time, and no cause of death was released.

Fred Waldron Phelps, Sr. headed the Westboro Baptist Church (WBC), which is known for its hatred of homosexuals and the picketing of funerals for military servicemen.

Reports later surfaced that said Phelps had been ex-communicated from his own church for advocating for the kinder treatment of his own fellow church members.

Phelps told a Huffington Post reporter in 2010, regarding his own death, that “When the time comes, I will leave my old body. My new body will be a part of God. That’s our inheritance. God says, “They shall hunger no more. They shall thirst no more.” What’s the matter with you? Don’t you know the Bible? You are about the most ignorant person I’ve ever seen.”

Due to the outrageous nature of the funeral protests, complete with taunts at mourners, name-calling, and offensive signs, two federal laws were enacted to help diminish the disruptions the WBC caused. In 2006, a law created a 150-foot protective zone which forbids picketing at military funerals within one hour of the service. Later, in 2012, a law was passed that made the zone 300 feet and forbids picketing within two hours of a funeral service.

Fred Phelps’ granddaughter, Megan Phelps-Roper, said Thursday that “I’m so sorry for the harm he caused. That we all caused. But he could be so kind and wonderful. I wish you all could have seen that, too.”