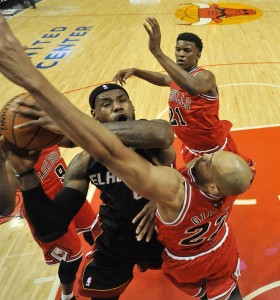 USA Today reported the announcement would be made Sunday.

James has won the honor three times over the last four seasons and would become the fifth player in the history of the NBA to capture the award four times. Wilt Chamberlain won it on four occasions, Michael Jordan and Bill Russell were honored five times and Kareem Abdul-Jabbar was a six-time winner.

He also became the youngest player in league history to reach 2,000 points in a season eight times. His 56.5 shooting percentage from the field was a career best.

Miami has advanced to the second round of the playoffs with a four-game sweep of Milwaukee.