MASON CITY – A Mason City man was arrested for allegedly stealing a bottle of vodka from a North End convenience store.

According to police, Ryan Andrew Speakar, 36, was tracked down by officers at about 2:30 AM on the morning of April 29th after Kum & Go North reported the theft of a bottle of vodka valued at approx $18.00.

Speakar, a convicted felon, has multiple prior convictions for theft, and state code allowed police to enhance the theft charge to 3rd Degree Theft due to prior convictions.  Records are incomplete but Speakar was released form the Cerro Gordo County Jail.

Speakar was charged with felony second degree theft by the Mason City Police Department in June of 2012.  Last month, Judge Colleen Weiland allowed Speakar to plead the charge down to third degree theft, an aggravated misdemeanor.  Weiland only sentenced Speakar to a $625.00 fine which she then suspended.

Also in April, small claims court filings brought by the former owner of Alley Katz Bar, Kathy Hebel, against Speakar were thrown out of court.  Speakar allegedly rented out the building from Hebel and she wanted $2,000.00 in back rent paid. 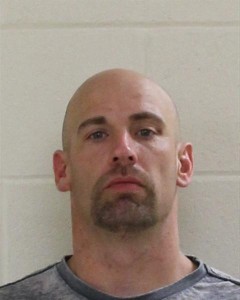