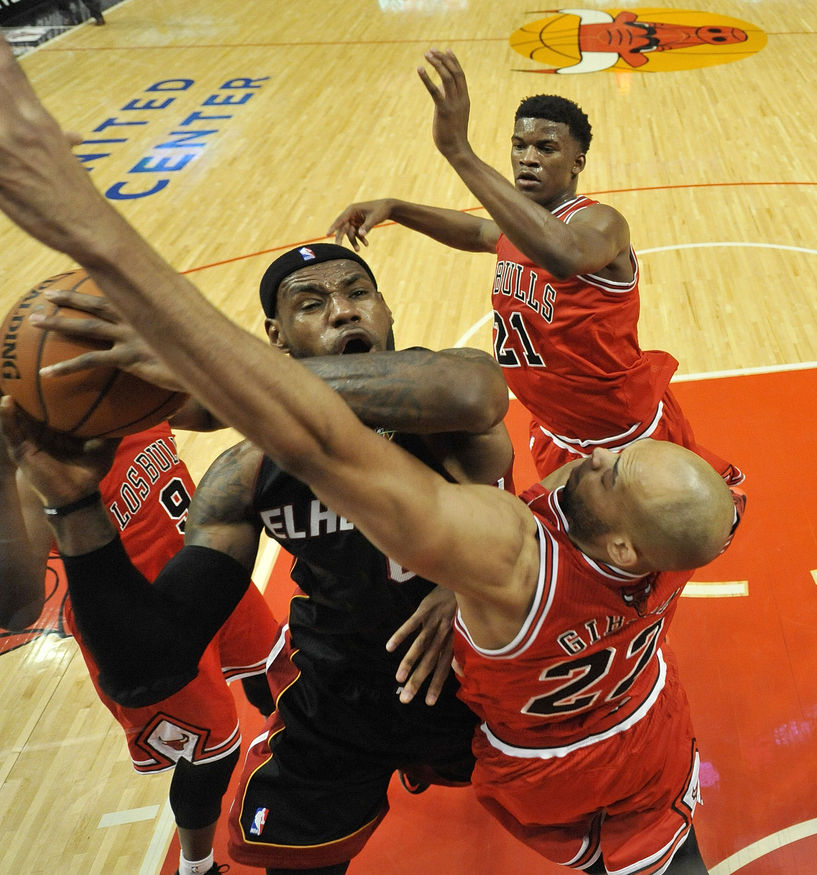 CHICAGO, March 27 (UPI) — Luol Deng led a balanced Chicago attack Wednesday that allowed the Bulls to end Miami’s history-making run in a 101-97 victory over the Heat.

With just nine players able to take the court, Chicago still managed to bring a halt to the Heat’s 27-game winning streak. It was the second longest in NBA history and Miami came up six victories short of equaling the all-time league record established by the Los Angeles Lakers more than four decades ago.

Chicago went into the fourth quarter with a one-point lead and then did what teams were unable to accomplish against the Heat during their amazing run — fight them off down the stretch.

Miami made a habit of coming from behind during the streak, but even with LeBron James scoring 32 points the Bulls inched farther in front.

The Heat closed within five points with 1:22 to play, but Carlos Boozer then grabbed a key offensive rebound and made a layup. James promptly turned the ball over and Nate Robinson scored on a layup to give the Bulls a nine-point cushion with 30 seconds to play.

Chicago was already without Derrick Rose, who has undergone knee surgery, and they also were missing guard Marco Belinelli (abdomen) and center Joakim Noah (foot).

Deng scored 28 points, Boozer had 21 points to go with 17 rebounds and Jimmy Butler chipped in 17 points.

James hit 11-of-17 shots from the field, but the rest of the team could shoot just 43 percent. Miami grabbed a modest six offensive rebounds and they were 7-of-20 from 3-point range.

The Bulls won their third in a row. With Miami’s run now over, the longest current active win streak in the NBA is six — owned by the New York Knicks.