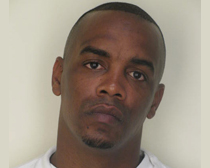 It is a mother’s worst nightmare. Her child ends up in the hands of a monster – sold for sex and treated like a commodity. That’s what happened to four young girls, all between 15 and 17 years old, when they met Eric Bell in 2009 and 2010.

That nightmare came to an end Tuesday when Bell and his co-conspirator, Neang Prom, were sentenced to 30 years and three years in federal prison, respectively, on sex trafficking charges. The sentencing resulted from a nearly two-year investigation by U.S. Immigration and Customs Enforcement’s (ICE) Homeland Security Investigations (HSI), the FBI and the Clearwater Human Trafficking Task Force.

The girls who worked for them knew them as Santana (Bell) and Pocahontas (Prom). The pair preyed on the young and the weak, targeting runaways who had nowhere else to turn. Their victims trusted them, but that trust soon turned to fear. Bell raped and snapped digital images of his victims. He and Prom also marketed the young girls as 18-year-old escorts on websites. The victims were forced to perform sexual acts for fees, never receiving any of the proceeds from prostitution.

“I trusted them with my life, and they took it for granted,” said one of the victims in court Monday. “Being forced into prostitution hurt me. I try to forget about it, but I can’t. Even now, I think it is okay to sell my body. And it hurts every time I do it. It feels like I am selling my soul to the devil.”

The case began after a victim shared statements with a Pinellas County Sheriff’s Office detective that indicated she was a victim of sex trafficking. After interviewing her, a detective from the sheriff’s office began an Internet search to see if he could track down Pocahontas, who was associated with several Craigslist advertisements and a MySpace account. Investigators linked the ads featuring Pocahontas to an Internet Protocol address used by Prom.

After that, special agents from HSI, the FBI and the Clearwater Human Trafficking Task Force conducted surveillance at Bell and Prom’s residence. In July 2010, they executed a federal search warrant at the residence and seized numerous items including firearms, ammunition, body armor, digital cameras, cell phones, computers and more. Searches of the cameras and computers revealed numerous pornographic/sexually explicit photos of the minor victims.

“Bell tried to barricade himself in the attic of his residence to avoid being arrested when we executed the search warrant,” said Sue McCormick, special agent in charge of HSI Tampa. “Our law enforcement partners had to resort to using tear gas so we could arrest him.”

Bell, upon his arrest, was interviewed by an HSI and FBI special agent, but subsequently skipped town after making bail.

In January 2011, a criminal complaint was filed in federal court against Bell and Prom for a variety of charges, ranging from production of child pornography to aiding and abetting the sex trafficking of a minor.

“Human trafficking is one of the most heinous crimes our special agents investigate. This case was particularly unnerving because it involved the sex trafficking of minors,” said McCormick. “Thanks to the efforts of HSI, the Clearwater Human Trafficking Task Force and the FBI, Eric Bell can no longer exploit young girls for his own gain.”