This news story was published on August 28, 2012.
Advertise on NIT • Subscribe to NIT

At the scheduled sentencing hearing on Tuesday, August 27th, Judge Weiland sentenced Rucker to three 10 year suspended prison sentences, one for each charge. Instead of prison Rucker was ordered to serve 3 to 5 years on probation with the Iowa Department of Corrections. Weiland imposed one $1,000 civil penalty before suspending two other $1,000 civil penalties. Rucker must also repay the public defender’s office for representation, court cost, and surcharges in the amount of $2,858.90.

Rucker had entered negotiated voluntary pleas of guilty to the three charges on July 16th, 2012.

Judge Weiland also approved the dismissal of additional counts brought on by the North Iowa Drug Task Force. Those counts being dismissed are listed in the online court record as:

One class C felony count of delivery of crack cocaine within 1,000 feet of a school.

One class C felony count of delivery of cocaine within 1,000 feet of school.

One class C felony count of delivery of methamphetamine within 1,000 feet of school.

One serious misdemeanor count of possession of crack cocaine.

One serious misdemeanor count of possession of cocaine.

One serious misdemeanor count of possession of marijuana.

The charges followed controlled buys of meth, crack cocaine, and cocaine from Rucker on July 28th and 29th, 2010, followed by two buys on August 10th and a single buy on August 26th . All the buys are alleged to of occurred within 1,000 feet of a school. On August 31st Rucker is accused of having possession of MDMA with intent to deliver along with possession of crack cocaine, cocaine, and marijuana.

Rucker had been out on pre-trial release nearly a year awaiting court under the supervision of the Iowa Department of Correctional Services following an order by District Court Judge Colleen D. Weiland to drop a $62,000 cash or surety bond requirement originally set by Magistrate Rolf Aronsen after Rucker spent several days on the run from local law enforcement. 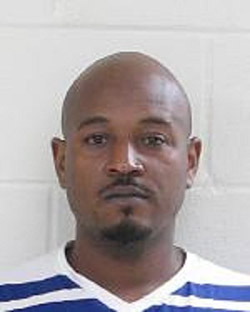