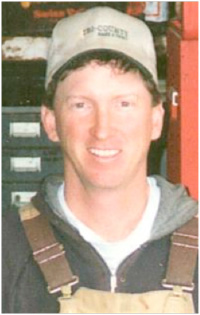 Op-ed by Chris Hjelmgren for NIT-

Dubuque – The trial date is finally set for a man accused of killing forty – five year old Jamie Sutton of Maquoketa, Iowa.  Sutton, who has relatives in Mason City, was killed in a fatal boating accident on September 1, 2011.  He was allegedly struck by a boat driven by Kent Hoffman, 38, of Galena Illinois.

According to witnesses, Sutton (pictured, top) had all the lights on in his boat and he was parked while waiting for the boat ramp.  Hoffman was allegedly intoxicated, but how intoxicated he was when the accident occurred is hard to prove, because it took investigators almost an hour to find him since he was still in his boat and the motor was torn off in the accident.

The accident happened in Schmitt Harbor just outside of Dubuque, Iowa on the Mississippi river. The Iowa DNR says Sutton’s boat was sitting still when another boat slammed into it, launching over the top of Sutton’s boat. Lori Fey, 47, of Maquoketa was also in Sutton’s boat and was not hurt.  Hoffman’s boat had hit the side of Sutton’s boat and Jamie Sutton was killed instantly according to investigators.

Hoffman was finally arrested after turning himself in and was charged with involuntary manslaughter on March 1st, 2012.  He has waved his rights to a speedy trial and the trial date has been set for September 17, 2012.  He is innocent until proven guilty.  The Iowa DNR and Dubuque Sheriff’s department spent over one hundred and nine hours investigating the case and believe that they have all the evidence necessary for the trial.  Hoffman was also allegedly speeding as well.

In conclusion I send out my condolences to Jamie Sutton’s Family he was a father of three biological children as well as a special niece that he raised since she was two.  He is also survived by his wife, mother, and one sister as well as his uncles and grandmother.  He was preceded in death by his grandfather and his father. 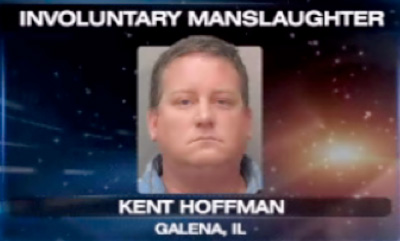