Court records show Gracia-Calderon had been on pre-trial release awaiting an upcoming trial scheduled in Cerro Gordo County District Court for May 8th at 9 am in a separate class D felony count of OWI 3rd or subsequent offence arising from a traffic stop by Mason City Police on December 10th, 2011.

Gracia-Calderon was convicted for 2nd offense OWI in June of 2011 following a traffic stop by Cerro Gordo County Sheriff Deputies on November 28th, 2010. Court records show he received 7 days in jail as part of a negotiated guilty plea agreement, but contempt proceedings were brought against him after he failed to serve the jail sentence in reasonable amount of time. Gracia-Calderon received an additional 2 days in jail as a result of the contempt of court proceedings.

Gracia-Calderon was also convicted for 1st offense OWI in June of 2009 following a traffic stop by Mason City Police on New Year’s morning in 2009.

Records indicate he owes $4544.93 in costs, fines, and surcharges between the 1st two OWI convictions.

Gustavo Eleuterio Gracia-Calderon was released from custody Monday after a bond in the amount of $6,000 cash only was posted in his name. His next court appearance is set for April 20th at 8:30 am. 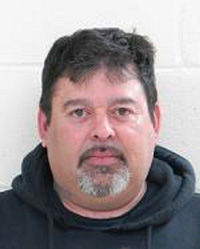