Watts is dedicated to his neighborhood 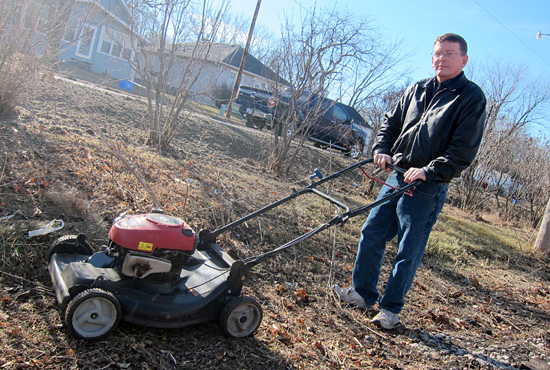 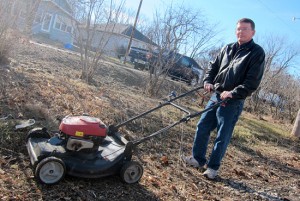 This is unheard of for this time of year in North Iowa, but due to Watts’ dedication to his neighborhood, and the fact that the weather was cooperating, Watts thought it was a great chance to spruce up.

“I’m on vacation this week,” Watts explained. “I broke out the old lawnmower and got her running.”

Watts took the mower across the street from his home, located at 237 19th Street SE, and took to the area just north of the new bike trail the city recently completed work on.

Working along a three-block stretch, Watts began mowing down all the old, dead weeds and small branches.  “The work was completed so late in the season, we really didn’t get a chance to get to this,” Watts said.  So, he took advantage of the weather and went to work.

Watts began working Thursday morning and worked into the early afternoon.  This has been an on-going project for Watts.  He had about 279 lilac bushes planted along the path and wants to plant 25 more.  He makes sure the city is aware of anything out of the ordinary, like excessive littering or people dumping junk along the side of the road.

Watts helps direct the Georgia Hanford Neighborhood organization which has played a huge part in beautifying the 19th Street SE area as well as the entire neighborhood.

“We need more donations,” Watts said.  “Anyone who wants to help can mail a check made out to the Georgia Hanford Neighborhood to 237 19th Street SE here in Mason City.”

Watts says Mason City Overhead Door made the first-ever contribution to the group, a check for $500.

“We also ask the city for help, and they usually come through,” he said.

Until you see snow on the ground, you will likely find Watts outside picking up trash or pushing a mower or a rake somewhere along 19th Street.

“If everyone pitches in, we can make Mason City a great place to live,” he said. 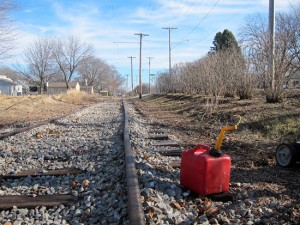 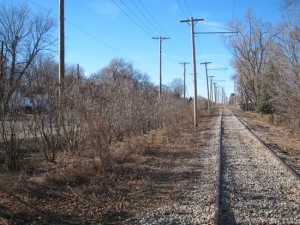