Iraqi interpreters for US military in dangerous limbo 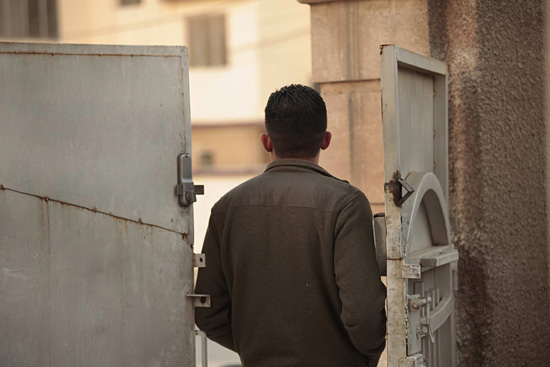 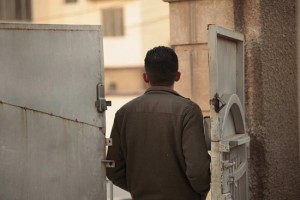 BAGHDAD — He rarely leaves his house. He’s been shot at by gunmen in a passing car. He gets death threats over the phone.

(PHOTO: A former translator for U.S. forces, Tariq, has been hiding in his home due to death threats. He would like to get amnesty and move to the United States. When he served as an interpreter for the U.S. military, he lived on a secure base, safe from fellow Iraqis determined to kill him because of his service to America.)

Tariq, 27, is a quick-witted, tech-savvy Iraqi who tosses off idiomatic American English phrases such as “I’m outta here” and “That’s cool.”

When he served as an interpreter for the U.S. military, Tariq lived on a secure base, safe from fellow Iraqis determined to kill him because of his service to America. But when the unit he served pulled out of Iraq on Oct. 13, he was dismissed and escorted off the base.

The U.S. government promised Tariq and thousands of other former interpreters that they would be first in line for special visas to the United States. But with the pace of visa approvals having slowed to a crawl, that promise rings hollow to Tariq, who stays locked in his parents’ home, working the phones and the Internet to track his application.

For the first time since his work as an interpreter ended, Tariq left his home one day this month and drove through Baghdad to meet a reporter. He brought along his brother, a tall, burly fellow who literally watched Tariq’s back with each step. Tariq asked that his surname not be published.

“I served the Americans very well, but now they’ve left me on my own, with no security,” he said in nearly flawless English. “They’ve expelled us all from the only places in Iraq that were safe for us — U.S. bases.”

The visa process, always slow and cumbersome, has bogged down further since two Iraqi refugees were arrested in Kentucky in May on federal terrorism charges that included providing material support in the U.S. for al-Qaida.

With empty hours to fill each day, Tariq has become an expert on U.S. immigration policy toward Iraq. He can quote legislation and recite testimony from congressional hearings and obscure federal documents.

Three words from U.S. legislation are imprinted on his brain: “special immigrant visa.” The Refugee Crisis in Iraq Act, passed in 2008, provided fast-track status for Iraqis who had worked for the U.S. government or military.

The law authorized 5,000 special visas per year — 20,000 through 2011. But through October, just 3,415 had been issued to Iraqis, according to the Iraqi Refugee Assistance Project.

The State Department says 7,362 Iraqis who worked for the U.S. have received special visas over that period, but that total includes family members.

Through July, 62,500 Iraqis had applied through the special visa program, though many have given up and dropped out.

Applicants have been told to expect waits of at least eight months. Tariq applied two years ago, then filed an amended application in October 2010.

A U.S. Embassy official in Baghdad, speaking on condition he not be identified, acknowledged “unfortunate delays” in issuing special visas, the result of enhanced security clearance procedures, some instituted after the Kentucky arrests. But he said recent changes would speed the process.

The State Department’s National Visa Center has been ordered to flag special visa applications for expedited action, the official said. And a requirement that Iraqi applicants provide an original signature on certain forms sent to the U.S. has been dropped after Iraqis complained of logistical difficulties.

“We are making changes, ordered at the very highest levels, that will help shave time off the application process,” the official said.

In the meantime, thousands of former interpreters have been cast adrift, threatened by insurgents as they wait for the federal bureaucracy to act.

Interpreters provided vital support to American forces, offering valuable insights into Iraqi customs and tribal rivalries. They accompanied U.S. troops on combat patrols, braving the same roadside bombs and insurgent attacks. Many were killed in combat, or executed after leaving their military jobs.

Qasaim, 42, who served as a U.S. military interpreter for seven years, quit in May to deal with a family crisis: His 15-year-old daughter had been kidnapped by her middle-aged teacher and forced to marry him. When he contacted the U.S. Embassy about a visa application for his family, he said, he was instructed to bring his daughter in for an interview.

“I said: ‘How can you ask me such a question? I don’t even know where my daughter is,’ ” he recalled.

He fears his daughter is dead or has been taken out of Iraq. Qasaim said her kidnapper has called several times, saying, “Don’t bother to look for her — you’ll never find her.”

Qasaim said threats have been made against him, his wife and seven children. His extended family is also marked for death; two of his brothers worked for the U.S. military and are seeking visas.

The U.S. Embassy finally agreed to forgo his daughter’s interview and remove her from the family’s application, Qasaim said. But consular officers will not say when or if the family will be able to immigrate to the U.S.

“All the embassy can tell me is that we have to wait our turn,” Qasaim said.

Tariq said he has been told the same thing. He thought glowing letters of recommendation from U.S. military officers would clear his path to America.

An American colonel wrote: “In the performance of his duties, Tariq has received many death threats and murder attempts. … Tariq never faltered.” The colonel mentioned that Tariq had passed stringent U.S. military security clearances.

An American lieutenant colonel wrote: “I would employ and/or work with Tariq any time, anywhere in the world.” In an email to the Los Angeles Times, the officer, who insisted on anonymity, wrote: “He’s a very smart young man … and is more well-read than most people I know.”

Maj. Gen. Jeffrey Buchanan, the top spokesman for U.S. forces in Iraq, has worked with several Iraqi interpreters on his four tours in Iraq and said most “have been exceptional.”

One of his best interpreters was captured by al-Qaida militants, held for seven months and tortured. He was released after his family paid a ransom, Buchanan said.

Buchanan said he sympathizes with former interpreters who face death threats, and has tried to help a few obtain visas.

“If they want to come to the U.S., we should do all we can to help them,” he said. “They make our country all that much better. They bring a richness, a diversity, and their patriotism is just incredible.”

During his recent brief excursion out of his house, Tariq was guarded and edgy. His brother hovered at his shoulder, tensing at each passing car or pedestrian.

At his home, he feels like a prisoner. He watches American movies and TV shows, which he once used as a means of honing his English skills. To kill time, he tends a tiny garden of tomatoes, herbs and flowers.

He stays in touch with his fiancee. She lives in California with her mother, who once worked for the U.S. military in Iraq and eventually received a visa.

He calls the U.S. consular office regularly, only to be told that his application remains on “administrative hold.” He posts queries to a chat room on the U.S. Embassy’s Facebook page.

In one query, he asked: Is there light at the end of the tunnel for me?

The answer from the consular office suggested that if Tariq was unhappy with the process and wanted his application returned to him, the embassy would be glad to oblige.

Tariq let out a sharp laugh. “I guess I got my answer,” he said.