It’s almost Halloween, and the woods at Lime Creek came alive, Thursday night, with all kinds of interesting creatures with environmental messages to tell. The theme was “Don’t Bug Me!” and participants had a chance to learn all about insects.

The Hike was not scary, but was a fun and educational experience for the whole family. Groups of hikers were led by a trail guide

It was best to make reservations ahead of time, but was not required. Non-reservation people received a time that they would be able to join a group and a comfortable seating area was provided, plus refreshments were served.

Children up to ten years old were encouraged to wear Halloween costumes and were invited to participate in a costume contest that was held in conjunction with the hike. There was even a praying mantis walking around named Lesley, staying with the theme of the evening.

Tim and Amanda, with sons Daniel and baby Samuel, didn’t have reservations, but were thinking of something fun for the family to do for Halloween. “Our son Daniel said he’d like to go to Lime Creek for its Halloween Hike, so we came out here,” said Amanda. Amanda’s twin sister, Becky, brought her two daughters, Kathleen and baby Aubree to join their cousins in the Halloween fun. Aubree was in a cute little costume, a pea in a pod.

Burton Fisher, whose wife was in one of the education skits along the way in the hike, was my trail guide and explained a lot of the hike. He also did the skits for many years, but wasn’t in one this year. The whole hike, was a walk of about three quarters of mile to a mile long, taking about 35 minutes. There were many beautifully carved pumpkins along the way that Lime Creek had help with craving from the Boy Scouts. A video was made of the first station that talked about Walking Sticks, but because of how dark it was, it didn’t turn out very well.

It was a beautiful night for the hike and it was a huge success. Many families took the Halloween hike and learned a little along the way. 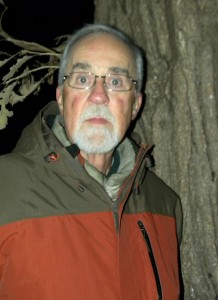 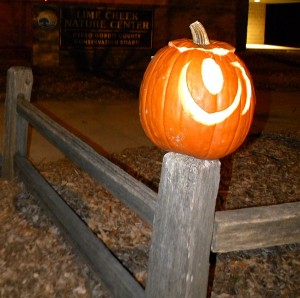 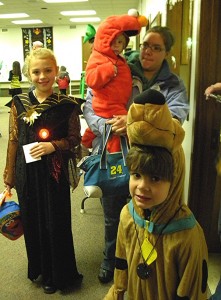 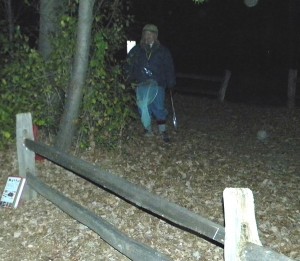 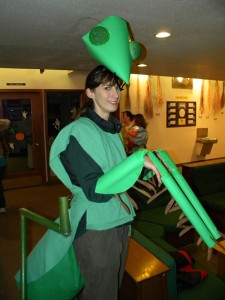 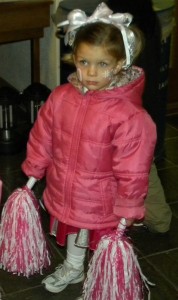 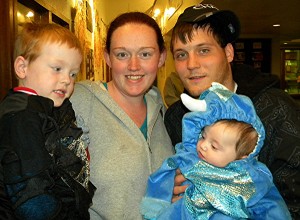 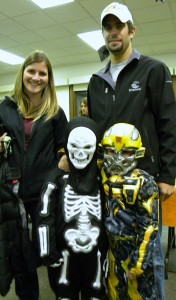 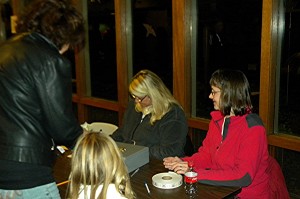 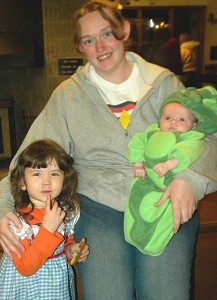 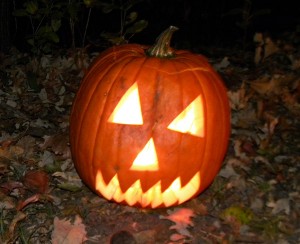 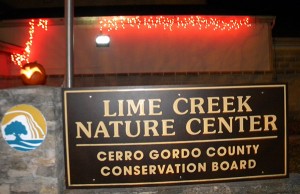