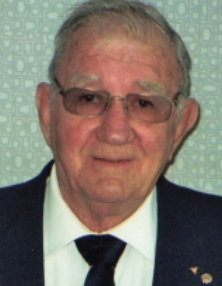 John T. Clarke, 92, of Nora Springs, passed away on Wednesday, November 9, 2022, at the MercyOne Hospice Inpatient Unit in Mason City.

John T. Clarke, 92, of Nora Springs, passed away on Wednesday, November 9, 2022, at the MercyOne Hospice Inpatient Unit in Mason City.

Visitation will be held one hour prior to the service time on Monday.

Memorials may be directed to the family of John Clarke.

John T. Clarke was born August 19, 1930, in Chicago, Illinois to Raymond and Emily (Arcaro) Clarke. John graduated from Washburn Trade and enlisted in the United States Navy in 1948, after serving 22 years he retired E7 Chief Torpedoman and moved to Mason City, Iowa. He was Navy Recruiter in Mason City from 1965-1968. He married Betty Stockberger. To this union, two children were born: Daniel and Carol. They later divorced. On January 20, 1981, John married the love of his life, Judy (Frelund) Clarke. An additional three children were added to make the family complete: David, Jeffrey, and JoDee.

Upon his retirement, he worked as maintenance supervisor for Good Shepherd. He then worked with Joe Levad Construction, drove for Cornerstone Dental Lab, and his last employment was bus driver for Mason City Transit.

John especially enjoyed his annual fishing trip the first week of June to Lake Erie; those walleyes were always so delicious. John enjoyed working puzzles and framing them and sharing them with families, friends, and the nursing home. He loved playing cards in his early years and was avid bowler and enjoyed frequent trips to the casino.