Iowa notched its fifth victory of the season on the road, including its fourth true road win.

Today is Iowa’s first victory over a ranked opponent this season (1-4).

The Hawkeyes handed the Buckeyes their first home defeat of the season (11-1).

The reigning Naismith Trophy National Player of the Week, Keegan Murray, netted 20 of his game-high 24 points in the first half. Murray also totaled five rebounds, two assists, one block, and zero turnovers in 36 minutes of action. He has scored 20+ points a Big Ten-best 18 times.

Iowa outrebounded Ohio State, 40-31, improving to 15-0 when outrebounding its foes this season. The Hawkeyes pulled down a season-high 20 rebounds.

Iowa’s defense held Ohio State to just 2-of-11 shooting from 3-point range. The 11 attempts are a season low by an Iowa opponent this season, while the two 3-point field goal makes matches a low by an opponent in 2022 (Rutgers).

Iowa (18-8, 8-7) returns home on Tuesday against Michigan State (18-8, 9-6). Tipoff is scheduled for 6:01 p.m. (CT) on Mediacom Court at Carver-Hawkeye Arena in Iowa City. Two-time All-American Luka Garza will have his No. 55 retired at halftime, while former Hawkeyes Murray Wier, Charles “Chuck” Darling, and Roy Marble will have their jerseys retired prior to Tuesday’s contest. 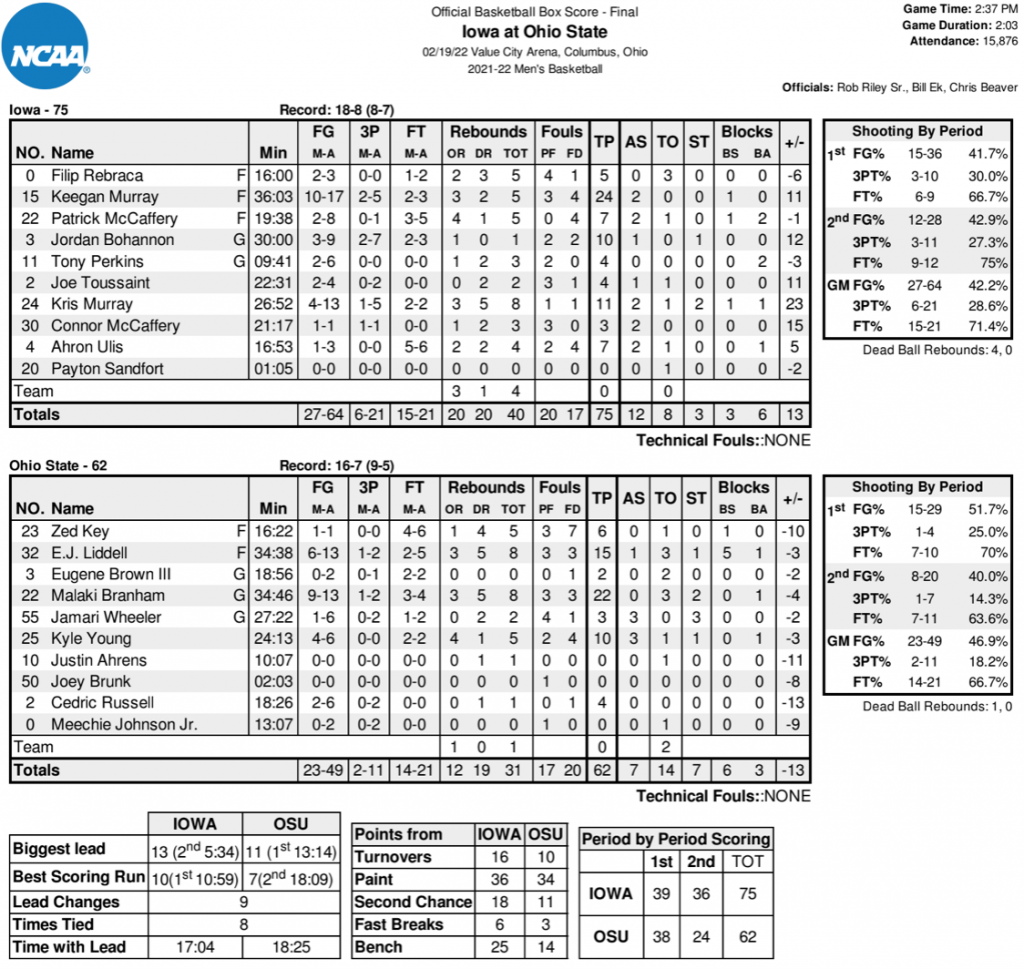