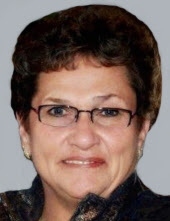 A funeral service for Elaine Keifer will be held at 4:00 p.m. on Thursday, February 10, 2022 at Hauser Weishaar Funeral Home. There will not be a luncheon following the service. Burial will be held at a later date at Oakwood Cemetery in Floyd.

Elaine went to school until 8th grade and obtained her GED in her mid-thirties. She married Curtis Keifer on April 2, 1960 and went on to have three children, Curtis, Laura and Debra. She worked as a stay at home mother, packaging technician, farmer’s wife and deserves the title of farmer alone based on her experience throughout her years.

She was a city girl who grew to appreciate farm life. She spent most of her married life in Charles City where the farm she called home was built by hand by her husband, father-in-law, herself, several family members and any other person who offered to help. Before the house was built, they lived in the original, old farm house and she would tell stories of being a mother of a child in diapers and one on the way carrying buckets of water from the outdoor pump into the house with no running water. She always had grit. When Curtis broke his back, that left Elaine to do the planting. After that season she gained the reputation of planting lines more straight than most men who have been doing it their whole lives. She could back up a trailer with the best of them and taught her grandkids how to drive a stickshift.

She appreciated the simple things in life and a slow day on the farm to soak in a perfect summer day or relish in the peace a fresh blanket of snow provides. She also had an appreciation for the finer things in life and rarely settled for less. She taught all of the family members how to play a lively card game of nuts and would bring along a deck of cards and board games wherever she went on the chance she could talk someone into playing a round or two with her.

She had an infectious laugh that you could hear a mile away and was easily spooked by things that were furry. Her grandchildren and even her husband loved to use this to their advantage to tease her for a good laugh.

She loved to dance. Weekends were spent traveling all around to different counties with the Charles City Twisters after she was able to coax her husband into learning square dancing as a hobby. She even made her own square dancing skirts and outfits to fulfill her love of sewing. This hobby was by far one of her favorites. She sewed gowns for her daughter’s proms and weddings, barbie clothes, quilts, baby clothes, blankets, among so many other precious pieces. This was something she continued to love her entire life.

She worked tirelessly in her huge garden growing potatoes, onions, strawberries, and tomatoes. Once those chores were done, she would make sure there was a meal ready for her children and husband after a long day in the field. She was the kind of mom that agreed to sleep outside under the stars with her daughter. She loved to make home movies to capture memories (even if people didn’t want their picture taken). She loved watching her grandchildren play a game of baseball in the front yard. She loved going barefoot (even in the dead of winter). She adored babies and everything about them. She loved popcorn and ice cream (and really anything sweet). She had opinions and wasn’t afraid to share them. She loved to travel and was happiest when she was with her family.She was as stubborn as they come. She was the best of the best.

She was preceded in death by her son Curtis Keifer; her son-in-law Richard Johnson; her parents, Evelyn (Townsend) Omdahl, and Bart Townsend.

The family has requested in lieu of flowers, memorials be sent to St. Croix Hospice, 302 N Grand Ave Ste. 5, Charles City, IA 50616. Any cash donations can be dropped off at the office.