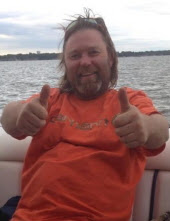 Funeral services will be held in West Plains, Missouri with burial at the Elijah Church of Christ Cemetery.

Danny was united in marriage to Kristina Klusman on October 12, 2002 at the Elijah Church of Christ in West Plain, Missouri. The couple made their home in Charles City, Iowa where Danny continued his carpentry work.

Danny loved to hunt, fish and coach softball (even coaching kids other than his own). He was a member of Forces of Fire, an organization that has a mission to provide a safe outdoor recreational experience for any disabled/combat veteran, firefighter, or law enforcement officer and their families, where they can enhance their strengths and independence as a family.