CEDAR RAPIDS – A Wisconsin man has been sentenced to 25 years in federal prison for the sexual exploitation of an Iowa child.

Caleb Durr, age 20, from Hazel Green, Wisconsin, received the sentence after an August 19, 2020 guilty plea to one count of sexual exploitation of a child. Evidence presented at the plea hearing and the detention hearing established that, in 2019, Durr used an iPhone to produce sexually explicit images of an eight-year-old girl in Iowa. Evidence presented at the sentencing hearing established that defendant sexually exploited a second child and possessed child pornography.

Durr was sentenced in Cedar Rapids by United States District Court Judge C.J. Williams. Durr was sentenced to 300 months’ imprisonment. A special assessment of $100 was imposed and Durr must also serve a five-year term of supervised release. He must comply with all sex offender registration and public notification requirements. 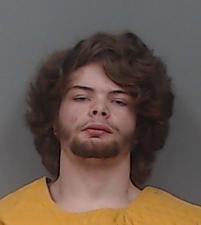