This news story was published on October 5, 2019.
Advertise on NIT • Subscribe to NIT

CEDAR RAPIDS – A man who was convicted in federal court for illegally possessing a gun for the third time was sentenced October 3, 2019, to more than sixteen years in federal prison.

Fernaris Braggs, age 38, from Cedar Rapids, Iowa, received the prison term after an April 25, 2019 guilty plea to one count of being a felon in possession of a firearm.

At the guilty plea, Braggs admitted he illegally possessed a handgun on December 23, 2018. On that day, Braggs was in a car involved in a hit-and-run accident. Law enforcement officers learned Braggs was involved and searched the area of the accident for him. The officers found Braggs near a gas station. Braggs saw the officers and ran from them. Officers caught and tackled him. Braggs continued to struggle with the officers. During the struggle, Braggs dropped a loaded handgun onto the ground.

At the time he possessed the handgun, Braggs was a convicted felon. In 2001, he was convicted in federal court of distributing crack cocaine two times and illegally possessing a firearm as a drug user. In 2011, approximately two months after he got out of federal prison, Braggs was caught with a gun and marijuana he planned to sell. Braggs was then convicted of possessing marijuana with the intent to distribute it and possessing a firearm in furtherance of a drug trafficking crime. He was still on supervised release from that conviction when he possessed the handgun on December 23, 2018.

Braggs is being held in the United States Marshal’s custody until he can be transported to a federal prison. 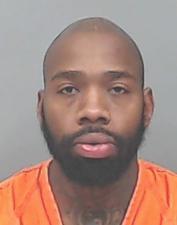