This news story was published on September 26, 2018.
Advertise on NIT • Subscribe to NIT 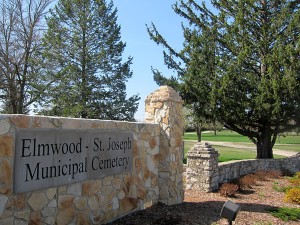 MASON CITY – Voices from the past and perhaps a spirit or two will come alive at the Elmwood-St. Joseph Cemetery History Walk on October 6.  Six people will be portrayed in the afternoon walk, which begins at 4:30 p.m. and another four in the evening stroll beginning at 7:30 p.m.  Between the events, a chili supper will be available at 6 p.m.

Three Civil War veterans, Sigurd Anderson, Henry Smith and Simon Dexter, who also made significant contributions after their service, will be featured in the afternoon walk.  Also “speaking” through those who portray them will be Nellie Weir Adams and Jacob Decker.  Decker’s name is still well known for the meat packing plant he established in Mason City while Nellie’s family was involved in a controversy regarding the corner of State and Federal where the Frank Lloyd Wright City National Bank was built.

The sixth stop on the walk will spotlight Dr. William and Hope Spencer.  Dr. Spencer was a minister in Mason City and Hope earned the distinction of being named in “Principle Women of America”.

The chili supper provides an opportunity to socialize and eat between the two events.  Those who attend may chose to experience all three events or they can select tickets for just the afternoon walk or the evening stroll.

More colorful figures from the past emerge on the evening stroll.  For example, Charles Hayden was a bootlegger, soldier and wrestling promoter who died in Chicago in a gangland shooting.  Nick Grba, a Serbian immigrant, was convicted of murdering his neighbor in Lehigh row.

Laura Wheelock Burgess will recount the misdeeds of her first husband Harrison Wheelock and the reason she shot him.  Two additional early Mason City residents being portrayed are Ellie Randall Huntley and Lurena Randall Keerl, two sisters who traveled together to Kentucky where their husbands were stationed during the Civil War.

And of course, a spirit or two might be roaming the cemetery after dark as those attending stroll the luminary lit paths. 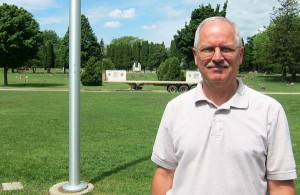 Volunteers directed by Randy Opheim, cemetery manager, have planned the events, researched the personalities and written scripts.  Others help prepare and serve the chili supper as well as serving as tour guides for the walk and stroll.  They recruit other volunteers and oversee the many details involved in carrying out the activities.  Sponsors donate funds and in kind services or equipment.  As a result, the ticket money goes to help support the cemetery and its work to clean and repair historic gravestones.

Tickets for the events may be purchased in advance at the cemetery office or the day of the event at a table near the cemetery office.  All three events are included on the $20 tickets.  The chili supper alone is $7 and either the walk or the stroll alone can be attended for $7.  Entry will be at the south cemetery gate on Federal Avenue where volunteers will be directing traffic.  Those with questions or seeking additional information can call the cemetery office at 641-421-3687.