MASON CITY – A man accused of drunk driving, causing his license to be suspended as he awaits trial, was caught tooling around Mason City this weekend and taken to jail.

A Cerro Gordo county deputy conducted a welfare check on a subject in a vehicle on Friday, July 21, 2017 just before 7 PM at Heather Avenue and 100th Street outside Thornton. As a result of the investigation, the driver of the vehicle, 36-year-old Derek James Kammrad, was found with an open container of alcohol and to be intoxicated. Kammrad was arrested and taken to the county jail on charges of open container of alcohol and first-offense operating while intoxicated. He has entered a not-guilty plea in the case and awaits a trial set for October 30.

On the evening of September 30, however, Kammrad was stopped while driving a vehicle in Mason cIty, near 6th Street SW and Monroe Avenue. He was taken to jail on a charge of driving while revoked. 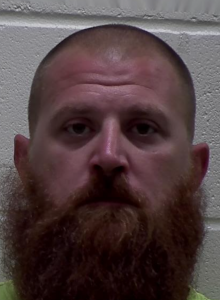