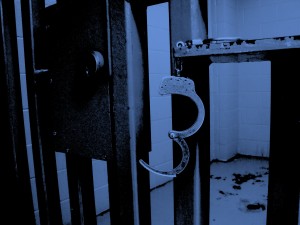 WASHINGTON, D.C. – A Mason City cocaine dealer will be getting out of jail early, thanks to President Barack Obama.

Today, President Obama commuted the sentences of 330 people, and a Mason City man was one of them.

Reginald Stern Gardner was found guilty by a jury in 2004 in the Northern District of Iowa of possession with intent to distribute cocaine base, cocaine, and marijuana. Because Gardner had sustained two prior felony convictions for controlled substance offenses, the district court1 sentenced Gardner as a career offender and imposed a term of 360 months’ imprisonment.

In the spring of 2003, police obtained information that drugs were being sold from an apartment at 404 Second Street N.W. in Mason City, Iowa. Police conducted surveillance and determined that there was heavy foot traffic going in and out of the apartment, a circumstance consistent with drug dealing. In June of 2003, police arrested Jennifer Boggess on unrelated theft charges. With hopes of receiving favorable treatment, Boggess told the police that she had obtained cocaine and cocaine base from an individual at the Second Street apartment on several occasions, including earlier that day. The police then obtained a warrant to search the apartment.

While executing the search warrant, the police found Gardner in the residence, and they seized a small amount of marijuana and approximately $500 in cash from Gardner’s person. A search of the apartment turned up 23 grams of marijuana prepackaged in twenty-three small bags, 122.65 grams of cocaine, and 9.98 grams of cocaine base. The prepackaged marijuana was discovered in the back bedroom where Gardner and three others were apprehended. The cocaine and cocaine base were discovered in a food container hidden in the kitchen. Additionally, police seized scales, drug packaging materials, and other drug paraphernalia. At the time of his arrest, Gardner gave the police a false name and produced false identification.

At trial, Gardner’s theory of defense was that he was at the apartment that evening to buy drugs, not to sell drugs. Gardner further argued that there was insufficient evidence directly linking him to the larger distribution quantities of drugs. Boggess reluctantly testified that she had purchased drugs at the apartment from Gardner and from others. Another witness, Katy Warren, testified that she had observed Gardner selling cocaine and cocaine base from the apartment in June 2003. To prove Gardner’s knowledge and intent to distribute, the government also introduced evidence of Gardner’s two prior convictions for drug distribution.

Gardner’s prison sentence today was commuted to a term of 234 months’ imprisonment, conditioned upon enrollment in residential drug treatment.