This news story was published on January 25, 2016.
Advertise on NIT • Subscribe to NIT 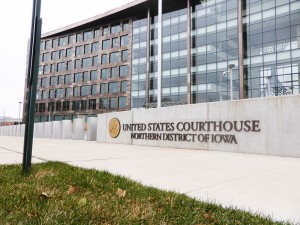 CEDAR RAPIDS – A man living in Iowa is accused of lying to authorities to get United States citizenship as he is accused of crimes against humanity back in the African nation of Rwanda.

The Indictment against Ngombwa alleged that beginning in at least March 1998 and continuing through at least November 19, 2004, Ngombwa attempted to procure citizenship for himself and family members who accompanied him to the United States from Rwanda. According to the Indictment, Ngombwa and others made a number of false statements that were relied upon by United States immigration authorities in deciding to grant Ngombwa refugee status and permanent resident alien status; which eventually permitted Ngombwa to become a naturalized citizen of the United States. The alleged false statements included a claim that Ngombwa is the brother of Faustin Twagiramungu, a former Prime Minister of Rwanda.

Earlier this month, Ngombwa was convicted of one count of unlawfully procuring or attempting to procure naturalization or citizenship; one count of procuring citizenship to which he was not entitled; one count of conspiracy to unlawfully procure citizenship; and one count of making a materially false statement to agents of the Department of Homeland Security. The evidence at trial showed Ngombwa knowingly made several material false statements to procure entry into the United States as a refugee from Rwanda in 1998. Notably, Ngombwa falsely claimed to be the brother of a former Prime Minister of Rwanda, who now lives in exile.

Evidence presented at the detention hearing revealed that Ngombwa is currently under indictment in Rwanda for allegedly committing crimes against humanity before he fled the country in 1994. Evidence also showed that he would face sentences of 30 years’ imprisonment and life imprisonment on other prior judgments in Rwanda. Following the presentation of evidence at the detention hearing, Chief United States District Court Judge Linda R. Reade found that Ngombwa had not shown by clear and convincing evidence that he was not a risk of flight. Accordingly, Chief Judge Reade ordered Ngombwa be detained.

The case was originally referred to the Department of Homeland Security in 2011 by the Prosecutor General of Rwanda. A sentencing date will be set after a presentence report is prepared. Ngombwa will remain in the custody of the United States Marshals Service until sentencing. He faces a possible maximum sentence of 30 years’ imprisonment, a $1,000,000 fine, $400 in special assessments, and 12 years of supervised release following any imprisonment. Ngombwa also faces loss of his citizenship in the United States.

The case is being prosecuted by Assistant United States Attorneys Richard L. Murphy and Ravi T. Narayan, and was investigated by Homeland Security Investigations. 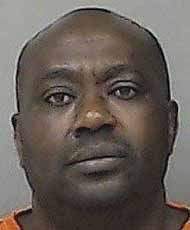