This news story was published on December 31, 2015.
Advertise on NIT • Subscribe to NIT

RIVERSIDE, CALIFORNIA – A California man has been indicted by a federal grand jury for conspiring with and helping purchase guns for shooters who terrorized and killed 14 people in an attack on December 2.

Enrique Marquez Jr., 24, of Riverside, California, a longtime friend of Sayed Rizwan Farook, the male shooter in the San Bernardino, California, terrorist attack, was named today in a federal grand jury indictment that charges him with conspiring with Farook in 2011 and 2012 to provide material support to terrorists.

Marquez was also charged today with two counts of making a false statement in relation to the purchase of two assault rifles that were used in the deadly shooting at the Inland Regional Center (IRC) on Dec. 2, 2015.

The five-count indictment additionally charges Marquez with marriage fraud and making a false statement on immigration paperwork in relation to an alleged sham marriage with a member of Farook’s family.

Marquez is currently being held in federal custody without bond and is scheduled to be arraigned in U.S. District Court in Riverside on Jan. 6, 2016.

“Enrique Marquez Jr. has been indicted for his role in plotting terrorist attacks on American soil with Sayed Rizwan Farook in 2011 and 2012, attacks which were, fortunately, not carried out. He is also charged with firearms violations for making straw purchases of weapons for Farook – weapons that were eventually used to carry out the recent terrorist attack in San Bernardino,” said Assistant Attorney General for National Security John P. Carlin. “This indictment is the next step in holding Mr. Marquez accountable. I would like to extend my gratitude to all the members of law enforcement involved in this ongoing investigation.”

“This indictment demonstrates that we will hold accountable all individuals who collaborate with terrorists in executing their plans,” said United States Attorney Eileen M. Decker. “Defendant Marquez’s extensive plotting with Sayed Rizwan Farook in 2011 and 2012 and his purchase of explosive powder and two firearms provided the foundation for the murders that occurred this month. This indictment is the result of sustained and coordinated efforts by many federal and state prosecutors, agents and officers, and I thank them for their efforts.”

“Mr. Marquez is charged for his role in a conspiracy several years ago to target innocent civilians in our own backyard with cold-blooded terror attacks, and with providing weapons to an individual whose endgame was murder,” said David Bowdich, the Assistant Director in Charge of the FBI’s Los Angeles Field Office. “The covert nature of the defendant’s alleged actions is a stark reminder of the challenges we face in preventing attacks planned in the name of violent jihad, and underscores the critical need for those with knowledge about terror plots to come forward.”

Today’s indictment charges Marquez with conspiring with Farook to provide material support and resources, including weapons, explosives and personnel, to terrorists, knowing and intending that such support was to be used in preparation for and in carrying out the use of fire or explosive to maliciously damage or destroy any institution or organization receiving federal financial assistance and property used in interstate or foreign commerce or in any activity affecting interstate or foreign commerce.

In addition to the conspiracy count, Marquez is charged with two counts of making a false statement when purchasing two assault rifles for Farook – a Smith and Wesson, model M&P-15 Sport, 5.56-caliber rifle that was bought on Nov. 14, 2001, and a DPMS, model A-15, 5.56-caliber rifle that was bought on Feb. 22, 2012 – which, according to an affidavit previously filed in this case, were used in the Dec. 2 attack on the IRC that killed 14 people and wounded 22 others. Specifically, he is charged with stating on a Bureau of Alcohol, Tobacco, Firearms and Explosives (ATF) form that he was the actual buyer, a statement that was, and which defendant knew to be, false.

The final two counts in the indictment allege that Marquez entered into a sham marriage with a member of Farook’s family in November 2014 and that on July 17, 2015, he signed an immigration form, under penalty of perjury, that he was living with the purported spouse in Corona, California, when he was not actually living there.

An indictment contains allegations that a defendant has committed a crime. Every defendant is presumed innocent until and unless proven guilty in court.

The case against Marquez is being prosecuted by the U.S. Attorney’s Office of the Central District of California and the Counterterrorism Section of the Department’s National Security Division. 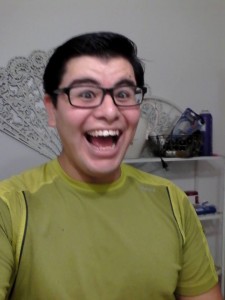