CLEAR LAKE – A Forest City woman was jailed after she was stopped for drunk driving in Clear Lake.

A Cerro Gordo deputy performed a traffic stop at 2:28 AM on December 20 near Highway 18 westbound and 8th Street in Clear Lake.  The driver appeared to be speeding and committed an improper turn.

After an investigation, the deputy arrested the driver, 21-year-old Christina Rae Furman. She was charged with first offense operating while intoxicated, cited for improper turn and given a written warning for speed. She was jailed and soon released, pending a court date. 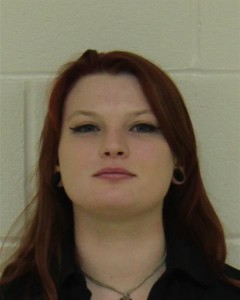