TARPON SPRINGS, FL – A police officer in Florida was shot, ran over and killed by a suspect as the officer investigated a noise complaint.

Deputies assigned in Tarpon Springs are conducting an investigation into the officer involved shooting that took the life of Tarpon Springs Police Officer Charles Kondek.

The shooting occurred at about 2:00 AM on Sunday, December 21, 2014 outside 199 Grand Boulevard in Tarpon Springs.

Officer Kondek responded to a noise complaint at the above location. Investigators say the suspect, identified as 23-year-old Marco Antonio Parilla Jr., and a female companion arrived at the above listed address and pulled into the driveway. The female companion remained in the vehicle, while Parilla began knocking on multiple doors looking for someone who he said had “dimed him out” reference a Violation of Probation.

Detectives say a neighbor asked the female companion to lower the music in the car. When she refused, the neighbor called 911 with a noise complaint.

Detectives say the female subsequently began to back out of the driveway.

Officer Kondek arrived on scene and exited his vehicle. Detectives say Parilla walked towards the officer and opened fire. Officer Kondek managed to return fire before falling to the ground.

Parilla then ordered the female companion out of the vehicle, took the wheel and as he fled the scene, ran over Officer Kondek.

Detectives say that this occurred as another individual who lived at the Grand Boulevard address opened fire on Parilla, because he thought Parilla was looking for him.

Parilla fled in the vehicle. Tarpon Springs Police engaged in a brief pursuit. Parilla crashed into a pole and then into a parked vehicle nearby. Following the crash, Parilla exited the vehicle and fled on foot, and was apprehended shortly thereafter by a Tarpon Spring Police Officer.

Parilla was interviewed at the Sheriff’s North District Station and was subsequently transported to the Pinellas County Jail without further incident. He was arrested for first degree murder. Parilla admitted to the crime.

With grieving hearts, the Tarpon Springs Police Department is saddened to announce the loss of Officer Charles Kondek. Officer Kondek served the City of Tarpon Springs as a sworn law enforcement officer for over 17 years, many of which were on the midnight shift. Originally from New York, he had previously served for over 5 years as a NYPD officer before moving to Florida. 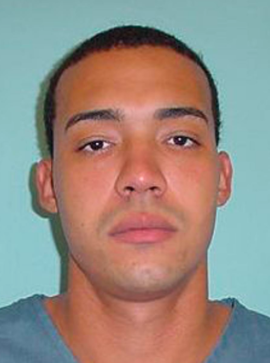