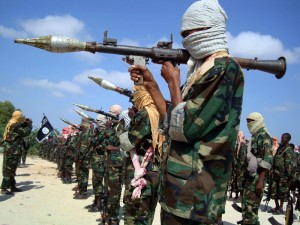 CHICAGO — A southwest suburban Bolingbrook man was arrested Saturday night for allegedly attempting to travel overseas to join a foreign terrorist organization operating inside Iraq and Syria, federal law enforcement officials announced today. The defendant, MOHAMMED HAMZAH KHAN, 19, a U.S. citizen, was charged with attempting to join the Islamic State of Iraq and the Levant (ISIL), also known as the Islamic State of Iraq and Syria (ISIS).

Khan was taken into custody without incident at O’Hare International Airport by members of the Chicago FBI’s Joint Terrorism Task Force before he attempted to fly to Vienna, Austria, on his way to Istanbul, Turkey.

Khan was charged in a criminal complaint filed today in U.S. District Court with one count of attempting to provide material support to a foreign terrorist organization. He appeared this morning in U.S. District Court before U.S. Magistrate Judge Susan Cox, and remains in federal custody pending a detention hearing at 10:30 a.m. Thursday.

According to the complaint affidavit, a roundtrip ticket was purchased for Khan on Sep. 26 to travel from Chicago to Istanbul, departing on Saturday, and returning later this week.

Law enforcement agents observed Khan passing through the security screening checkpoint Saturday afternoon at O’Hare’s international terminal. Federal agents then executed a search warrant at Khan’s residence and recovered multiple handwritten documents that appeared to be drafted by Khan and/or others, which expressed support for ISIL, the affidavit alleges. Some of those documents, including travel plans and materials referencing ISIL and jihad, are described in the complaint affidavit.

Khan was initially approached by U.S. Customs and Border Protection officers and was later interviewed later by FBI agents at the airport.

Attempting to provide material support to a foreign terrorist organization carries a maximum penalty of 15 years in prison and a $250,000 fine. If convicted, the Court must impose a reasonable sentence under federal statutes and the advisory United States Sentencing Guidelines.

The arrest and complaint were announced by Zachary T. Fardon, United States Attorney for the Northern District of Illinois, and Robert J. Holley, Special Agent-in-Charge of the Chicago Office of the Federal Bureau of Investigation. The investigation is continuing, they said.

The government is being represented by Assistant U.S. Attorneys Matthew Hiller and Angel Krull.

The public is reminded that a complaint contains only charges and is not evidence of guilt. The defendant is presumed innocent and is entitled to a fair trial at which the government has the burden of proving guilt beyond a reasonable doubt.