US says “no” to more landmines 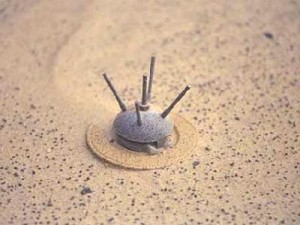 WASHINGTON – The United States will not produce or otherwise acquire any anti-personnel landmines in the future, American officials announced in Maputo, Mozambique, today.

The declaration — delivered at the end of the Third Review Conference of the Ottawa Convention — reinforces America’s commitment to the aims of the treaty.

“Other aspects of our land mine policy remain under consideration and we will share outcomes from that process as we are in a position to do so,” National Security Council spokeswoman Caitlan Hayden said in a written statement released today by the White House.

The United States has worked with countries around the world to eliminate the threat posed by landmines. Landmines left over from World War II have injured or killed people in North Africa.

Mines in Cambodia, Vietnam and Laos still hurt citizens of those countries. Recent heavy flooding in Bosnia-Herzegovina in the Balkans has uncovered dangerous landmines left over from the 1992-95 war that was fought there. Afghanistan was once one of the most heavily mined countries in the world.

The United States has provided more than $2.3 billion in aid since 1993 in more than 90 countries for conventional weapons destruction programs.