MASON CITY – A Mason City woman is serving jail time for her second conviction for operating while intoxicated.

Officers arrested Brianna Marie Hansen-Simmer, age 21, last July for operating while intoxicated, second offense, after she had struck another vehicle. She was also charged with driving with a revoked license.

In January, Judge Karen Salic allowed a plea deal for Hansen-Simmer. Hansen-Simmer plead guilty to second offense OWI and Salic threw out the driving while suspended charge. She received a a 365 day jail term – with all but 10 days thrown out – as well as $2,749.25 in fines and court costs. She also received 2 years of probation.

Hansen-Simmer reported to jail Sunday on a warrant to report to jail to serve her time. 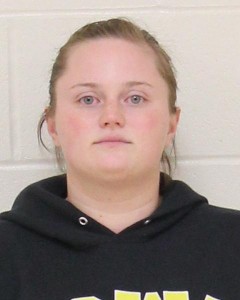