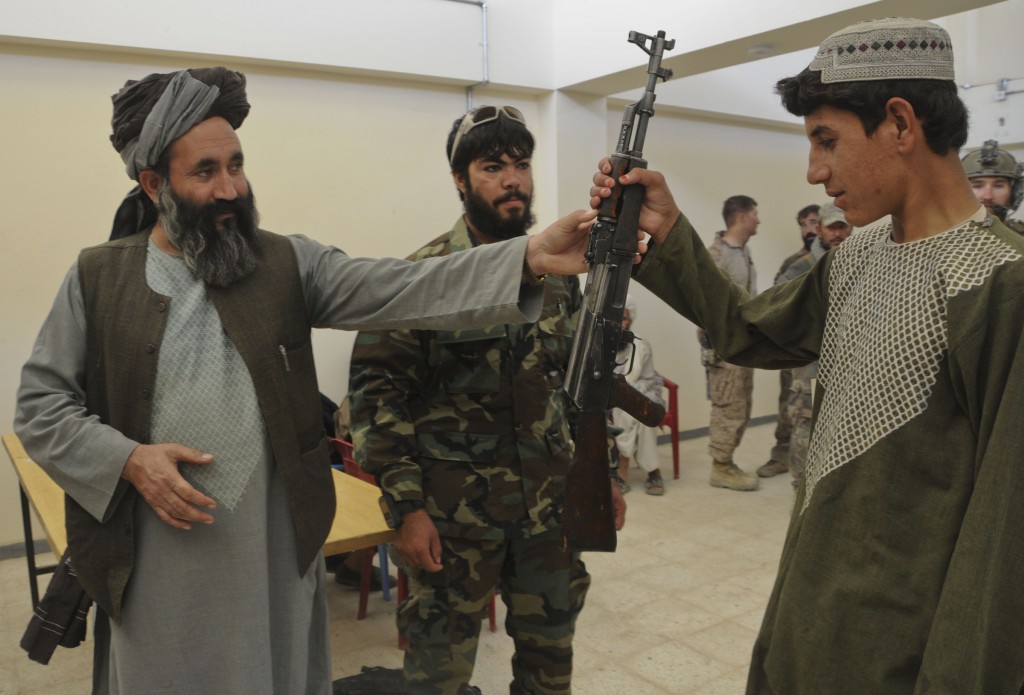 ALP recruits gained competency in weapons skills, critical first aid techniques, and Afghan rule of law. The officers will use these abilities to bring peace and security to their districts.

“We come to the district. And then, we talk to the elders and the district governors and explain to them that [ANASF] wants their sons and brothers to register so we can give them training on how to secure their homes,” said Hamidzai, while explaining how Afghan Special Forces members are involved in developing ALP units.

“They know everyone,” said Hamidzai, commenting on how ANASF teams use the ALP officers’ familiarity with village populations during operations. “They know who is good and who is bad … that is the biggest help, when [ANASF] go out on a mission.”

“The training is basic … but differs depending on the area,” said Hamidzai, “[The Lashkar Gah training center] is the ‘big head’ of ALP training. They have all the facilities. It’s amazing.”

Training at the center exceeds normal standards by teaching students about the Afghan constitution and how to operate with other Afghan security forces, said 2nd Lt. Ajmal Saraj Hekmatullah an instructor at the LGTC.