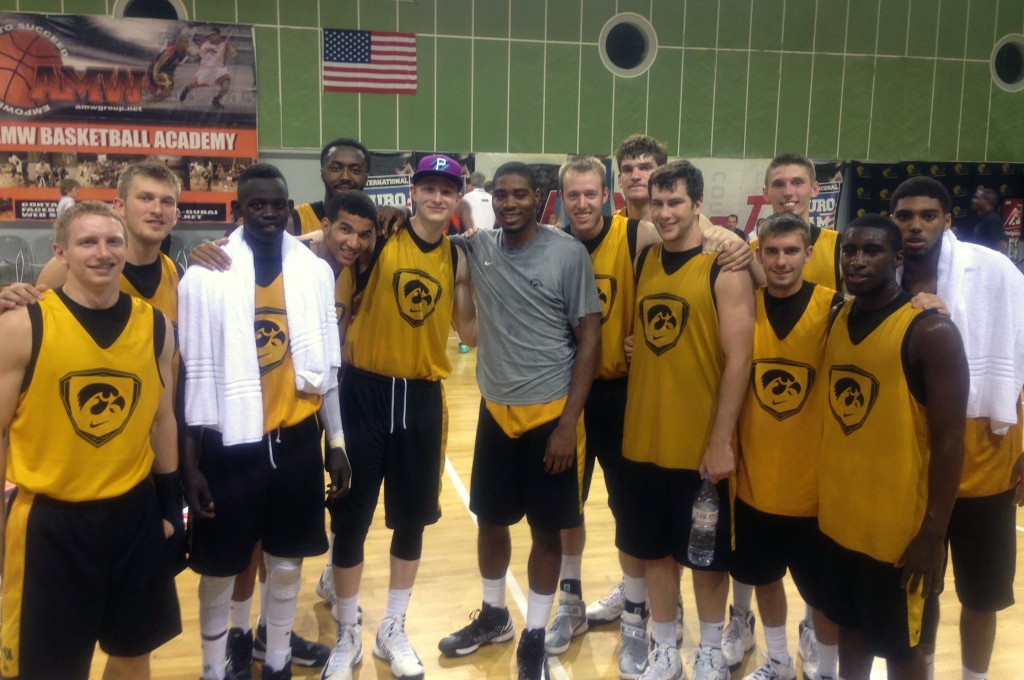 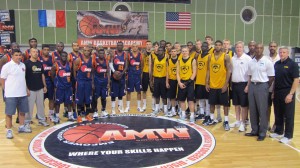 PARIS, France — The University of Iowa men’s basketball team used a 9-0 run to start the fourth quarter to pull away and defeat the AMW All-Stars Friday evening to remain unbeaten after three contests on their European trip.

Leading by seven points (62-55) after three quarters, the Hawkeyes finished strong by outscoring AMW 20-5 the final period. Iowa’s perimeter game was sluggish tonight (2-of-18 from 3-point range), but dominated the glass owing a +24 rebounding advantage (57-33), and scored a number of baskets in transition.

“I thought we came out with energy and toughness, and let everything lese fall into place tonight,” said Basabe.  “We played with an aggressive, attack mentality.” 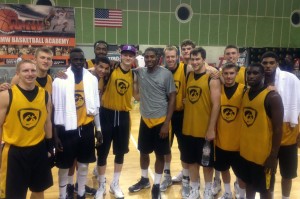 “As a team we did a good job pressuring the ball, getting deflections and pushing the ball on the break tonight,” said White. “I got to the lane where Devyn and my teammates could find me and I was able to finish.”

Iowa’s front court of Adam Woodbury, Zach McCabe, Gabriel Olaseni, and Basabe combined for 35 points and 28 rebounds. In fact, 48 of Iowa’s 82 points were scored in the paint.  Coach Fran McCaffery thought the play of the Hawkeye big men was key.

“Our rebounding was tremendous and that enabled us to run and limited them to one shot,” said the fourth-year Hawkeye head coach.  “I thought our bigs, in particular, Gabe, Adam, Zach and Melsahn did a really good job defending their double-high ball screen action.”

Defensively, Iowa held AMW to 31 percent shooting (20-of-65) from the field and forced 19 turnovers.