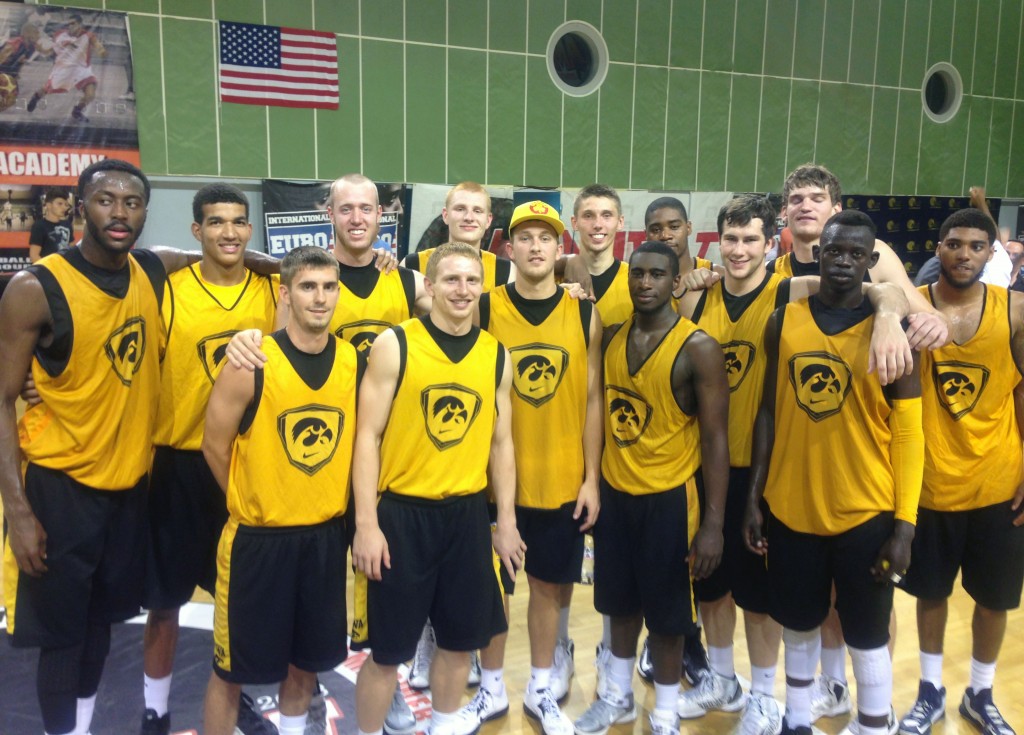 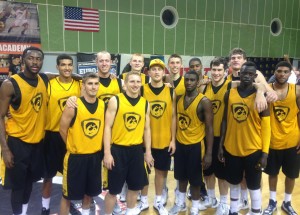 PARIS, France — Four Hawkeyes scored 12 points to lead the University of Iowa men’s basketball team to a 93-74 triumph over St. Quentin Saturday night to remain unbeaten after four games of its European trip.

The first quarter was back-and-forth and finished in a 20-20 tie. The Hawkeyes began to distance themselves from St. Quentin in the second period, due in large part to the play of Iowa’s second unit. With Iowa leading 29-28 with 6:58 left in the half, Iowa scored 15 straight points to go up double digits. Iowa took a 48-33 advantage into halftime.

“I thought our defense translated into our offense tonight,” said Oglesby, who was named game MVP. “We played really good defense, especially in the second quarter.”

A 3-pointer with 9:39 left in the fourth period pulled St. Quentin to within eight points, but a 10-0 scoring surge put the game out of reach.

The Hawkeyes owned the glass for the second consecutive contest, this time out-rebounding its opponent by 18 (53-35). Basabe cleared a game-high 11 boards, while White snagged eight. Iowa was aggressive on defense, yet again, tonight blocking nine shots, forcing 19 turnovers and collecting 12 steals. Olaseni rejected a game-high four shots, while White had a game-high three steals.

“When you look at the scoring, rebounding and assists numbers, we were unbelievably balanced and unselfish,” said head coach Fran McCaffery. “We got offense, size and versatility coming off the bench and it’s great to see it come together.”

Tonight was the Hawkeyes’ last day in Paris. The team will depart tomorrow morning for Marseilles, southern France, by train before continuing its exhibition tour on the court Monday night against Hyeres-Toulon at 6 p.m. local time (11 a.m. CT).