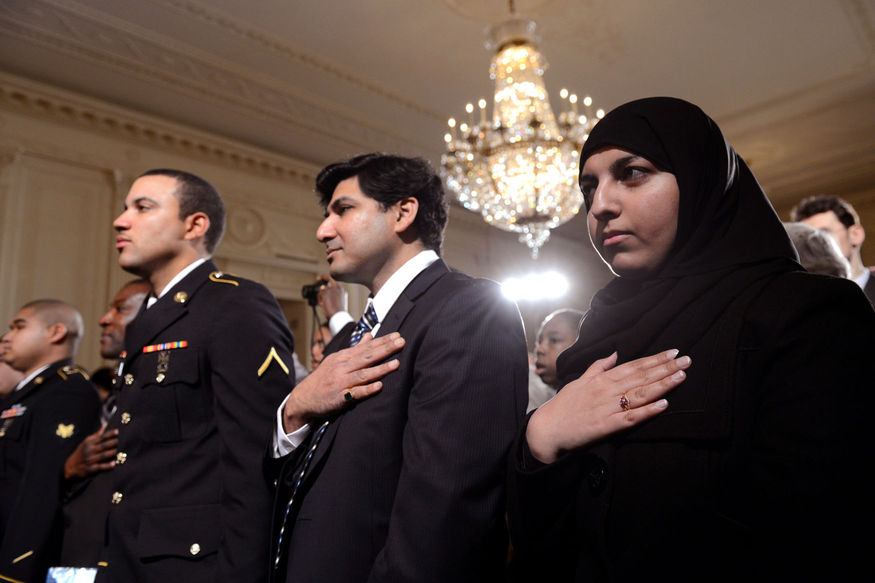 “Everyone pretty much knows what’s broken. Everybody knows how to fix it. … And we’ve just got, at this point, to work up the political courage to do what’s required to be done,” Obama said. “So I expect a bill to be put forward. I expect the debate to begin next month. I want to sign that bill into law as soon as possible.”

He noted that during a speech in Nevada and in his State of the Union he discussed how Republicans and Democrats were ready to tackle this problem together.

“[Since] then, we’ve seen some real action in Congress,” he told the 28 new U.S. citizens and onlookers. “There are bipartisan groups in both the House and the Senate working to tackle this challenge, and I applaud them for that. We are making progress, but we’ve got to finish the job, because this issue is not new.”

Real immigration reform includes continued strengthening of border security and holding employers accountable, the president said. It also means providing a “responsible pathway to earned citizenship” for the 11 million undocumented immigrants already living in the United States that would include passing a background check, paying taxes and a penalty, learning English and then, “going to the back of the line behind everyone else who is trying to come here legally,” he said.

Reform also requires modernizing the immigration system to attract skilled entrepreneurs and engineers who can help grow the economy and so “our citizens don’t have to wait years before their loved ones are able to join them in America,” he said.

“We are so proud of everybody here. In each of you, we see the true spirit of America,” Obama said. “And we see a bit of ourselves, too, because most of our stories trace back to moments just like this one.”