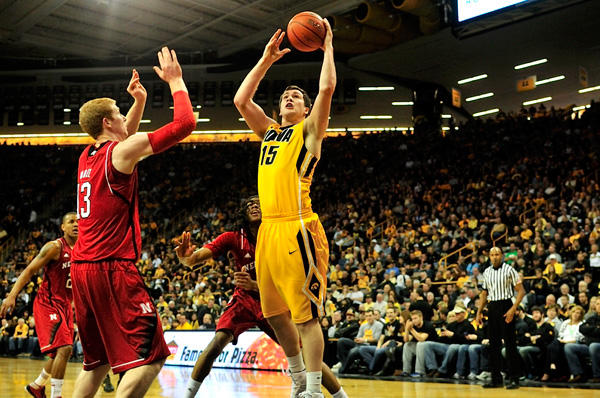 “I’m happy for our team to have accomplished this,” said head coach Fran McCaffery.   “But we’re not done, and you never want to be satisfied.”

Iowa secured the #6 seed in the Big Ten Tournament, and will meet 11th-seeded Northwestern in round one at approximately 8 p.m. (CT) in Chicago.

Coach McCaffery thinks his team is capable of winning the tournament if things fall into place.

“Well, it’s going to take a lot of what you saw today in terms of our depth, producing at the level that they did, because we have to win four games consecutively, and that’s going to take a lot of energy,” McCaffery said.  “Getting (freshman point guard) Mike Gesell back, that will help, and I think that will happen, so that will give us another hand, another shooter, another play maker.”