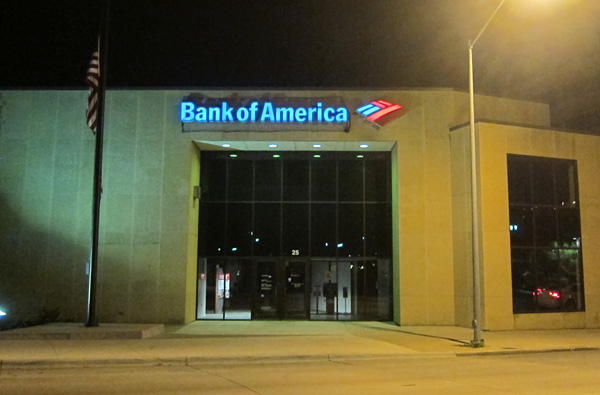 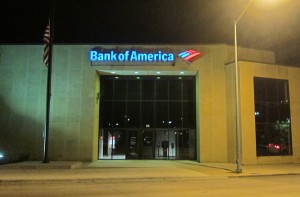 LOS ANGELES — Pressured by consumer advocates and Congress, most of the nation’s big banks are now providing consumers a one-page form listing basic terms and conditions for checking accounts, with Bank of America Corp. the latest to join the trend.

Last December, JPMorgan Chase & Co. became the first major bank to adopt a plain-language form proposed by an arm of the Pew Charitable Trusts. Citibank did the same in July, simplifying its presentation about such factors as fees for ATMs, overdrafts and account closings.

In an announcement early Wednesday, Pew and Bank of America said Bank of America would do the same, boiling down its former two-page summary to the single page suggested by the Philadelphia nonprofit group.

“Our customers want clear and easily accessible information about their accounts so they can make the choices that are right for them,” said Bank of America consumer-products executive Susan Faulkner.

The voluntary simplifications allow the industry to avoid the possibility of regulators ordering them to clarify their disclosures about accounts.

“When consumers are informed and can make choices, that’s when the free market is at its best and strongest,” said Sen. Richard J. Durbin, D-Ill., who was joined by Sen. Jack Reed, D-R.I., at a Capitol Hill news conference.

Pew lauded the decision by Bank of America, the second-largest U.S. bank after Chase, as measured by assets.

Of the four biggest U.S. consumer banks, Wells Fargo & Co. is the only one not to adopt the one-page summary so far. A Wells spokeswoman said the bank has had an online guide to its accounts in all states since May, and took Pew’s suggestions into account in creating its own forms. A sample disclosure form for a popular Wells account ran three pages.