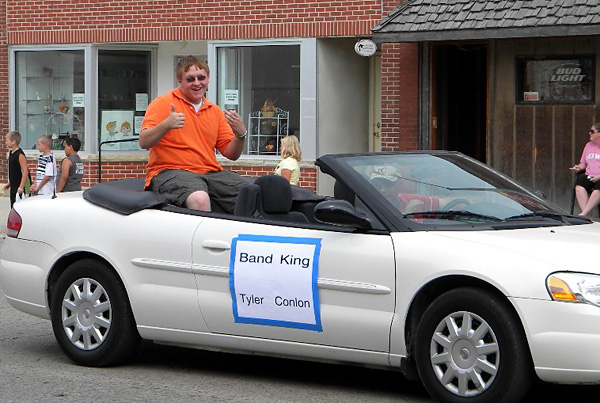 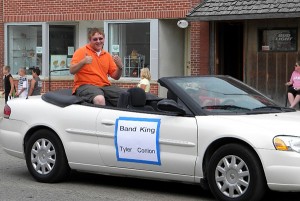 SHEFFIELD – Sourdough Days was celebrated this weekend in Sheffield, starting Friday with a City Wide Garage Sale and going through the weekend.

On Saturday morning, from 6:00 to 10:00 am, the Franklin County Chapter of Thrivent participated in an Omelet Breakfast for the public at the Sheffield Inn and it was sponsored by the Sheffield Library Foundation.

At 10:30 the Sourdough Days Parade started down Main Street. Leading the parade were the Sheffield Police and Fire Departments, followed by the Grand Marshalls, Bob and Sharon Sanders. Many classic cars and tractors were in the parade along with the Sheffield Marching Band, businesses, horses, semis, children’s groups and little prince and princess participants.   Almost all of them were throwing candy, peanuts and frisbees to the crowsd.

Following the parade, dignitaries were honored and the crowning of the Little Prince and Princess were held at the gazebo in the American Legion Park on Gilman Street.

There was an 11:30 lunch by the Sheffield Area Community Club and activities and vendors in the park until 4:00 pm.
“We usually end the night with fireworks, but with the fire ban, we had to cancel them this year,” said Sharon Sanders. (Watch the video to hear more on the history and the first Sourdough Days, thirty years ago, by the Sanders)

On Sunday there was a Sourdough Day Community Worship at Zion St. John Lutheran Church.