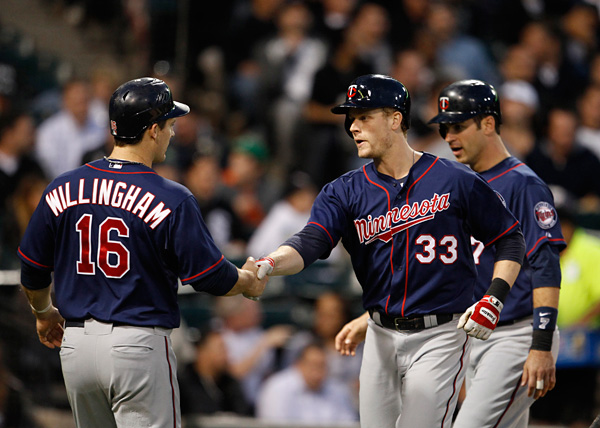 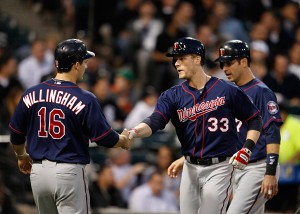 CHICAGO — The momentum of a four-game winning streak and the return of Paul Konerko did little Tuesday night for the White Sox.

Instead, their 9-2 loss to the American League Central-rival Twins mirrored the setbacks that have prevented the Sox from sustaining the lengthy success they crave.

“We got our (rears) kicked,” Sox manager Robin Ventura summed up perfectly. “And that’s it. You just come back (Wednesday). It was all the way around.”

(PHOTO: The Minnesota Twins’ Josh Willingham (16) congratulates Justin Morneau (33) after his three-run home run against the Chicago White Sox during the fourth inning at U.S. Cellular Field in Chicago, Illinois, on Tuesday, May 22, 2012.)

Gordon Beckham homered in the first inning — his third in four games. And Konerko, in his first game since the Cubs’ Jeff Samardzija hit him in the left eye Friday, followed with a double down the left field line.

But aside from Zach Stewart’s 31/3 innings of one-hit relief, there was little that resembled the ingredients of the Sox’s four-game winning streak.

To put the entire blame on Gavin Floyd would be unfair because the Sox (21-22) didn’t get a hit after Konerko’s double until he singled with one out in the seventh.

Floyd (3-5), however, fell to 0-8 with an 8.86 ERA in his last eight starts against the Twins to become the first Sox pitcher to lose eight consecutive starts to one team since Tommy Thomas against the Yankees from 1926-28.

“They have a good plan against me, apparently,” Floyd said. “So I have to change that and try to get them next time.”

Floyd was pulled after allowing a three-run homer to Justin Morneau that capped a five-run fourth.

Meanwhile, the Sox were limited to five hits against P.J. Walters, the latest in a long succession of starters who have mastered the Sox in their first career appearance against them. Walters threw the Twins’ first complete game of the season.

Konerko grounded out to score Orlando Hudson for the Sox’s second run in the ninth.

“I didn’t have a good feel,” Konerko said. “You miss three days, two games and the team off-day, you lose a little rhythm. But it was just one of those days where you kind of scrape and battle.”

The early blowout enabled Ventura to insert the newly acquired Orlando Hudson at third base in the eighth.

Hudson, making his first appearance at third since the 2001 season for Triple-A Syracuse, charged Jamey Carroll’s grounder and threw quickly to first, with Konerko stretching and re-tagging first base for the out.

Hudson tentatively is scheduled to start at third and bat ninth Wednesday night.