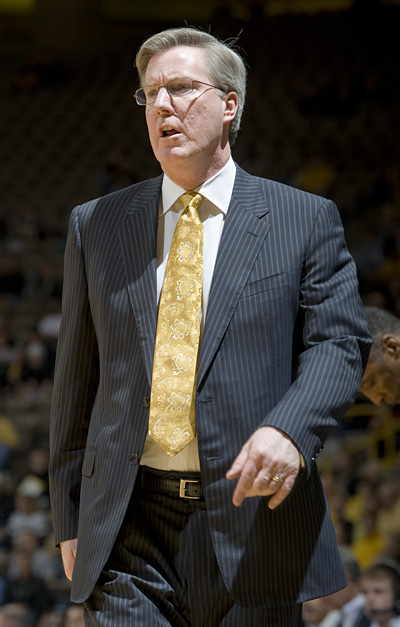 McCaffery picked up $1.1 million in guaranteed salary and outside income this year. Miles’ $1.4 million salary is a $500,000 increase from former coach Doc Sadler — as reported by Omaha World Herald. Among the league’s 10 programs that publicly disclose coaching salaries — not counting Penn State or Northwestern — McCaffery ranks 10th.

Next year McCaffery is set to earn $1.15 million in guaranteed income. Iowa Athletics Director Gary Barta said last week he had not discussed either a new contract or an extension with McCaffery.

Iowa qualified for the National Invitation Tournament and finished with a winning record (18-17) for the first time since 2007. McCaffery earned a $10,000 bonus for the NIT invitation.

McCaffery also can earn up to $100,000 more in incentives for academic performance.

— Patrick Chambers, Penn State: Unavailable (According to the USA Today, Chambers’ predecessor, Ed DeChellis, made $709,372 in 2011)