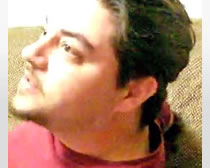 Suspect was identified and arrested following public airing of photo

WASHINGTON – The public airing of a “John Doe” photo of a man wanted internationally for sex crimes against a child led to the identification and arrest of a northern California man this weekend by U.S. Immigration and Customs Enforcement’s (ICE) Homeland Security Investigations (HSI).

Timothy Valdez, 36, of Modesto, Calif., was taken into custody Saturday by HSI special agents for production of material involving the sexual exploitation of minors. The ABC-TV affiliate in Washington, D.C., W

JLA-TV, aired a story last week about the search for the unidentified suspect, which led to a viewer calling HSI’s tip line. The “John Doe” photo also appeared on the America’s Most Wanted website. 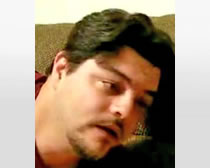 According to the criminal complaint, in December 2011 HSI special agents and Canadian officials received a referral from Danish law enforcement about child pornography on the Internet which appeared to originate from North America. The child pornography was in the form of a video showing an adult male molesting a young boy. An analysis of the video, including examination of the dialect and materials in the residence, indicated the video was created in the United States. BOLO (be-on-the-lookout-for) notices were disseminated in an attempt to identify and locate the suspect, and prevent further abuse to the victim or victims.

On Jan. 12, HSI’s Child Exploitation Investigations Unit’s (CEIU) Victim Identification Program (VIP) obtained a federal criminal arrest warrant in the District of Columbia for the unknown suspect believed to have produced the child pornography. Through extensive investigative work, the identity of the alleged defendant was finally established late March 9.

“In an effort to gain the public’s help to find a suspected child pornographer and rescue victims, HSI publicized a ‘John Doe’ photo, hoping it would generate further leads,” said ICE Director John Morton. “Thanks to a credible tip, HSI special agents were able to identify and arrest the alleged abuser.”

HSI received assistance with the investigation from the Modesto Police Department.

This case is one example of the ongoing work that HSI conducts into sex crimes. On average, HSI initiates more than 260 sex crime investigations per month worldwide. These crimes include not only child pornography but also sex-based human trafficking and child sex tourism. Sex-based human trafficking is a crime in which a commercial sex act is induced by force, fraud or coercion, or in which the individual was induced to perform such an act as a minor. Child sex tourism involves U.S. citizens or lawful permanent residents who are arrested in, or who traveled to, a foreign country for the purpose of engaging in sexual acts with children.

With regard to child pornography, HSI investigates more than half of all cases that are presented for federal prosecution.

The CEIU’s VIP is part of an international law enforcement community consisting of more than 30 countries with a common goal to combat child sex predators. All countries of the working group share information from an Interpol-created child exploitation database in an effort to identify locations of offenders and ultimately rescue child victims. Domestically, the National Child Victim Identification System was developed to assist law enforcement agencies in identifying victims of child sexual exploitation.

HSI encourages the public to report any suspected criminal activity involving sexual exploitation by calling their local HSI office, the national hotline at 1-866-DHS-2-ICE or by visiting www.ICE.gov/tips.