Packers’ defense should resolve to do better in the new year 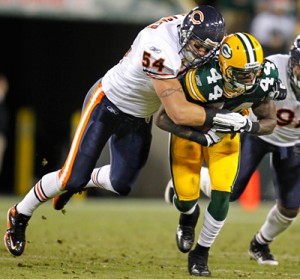 GREEN BAY, Wis. — None of these gifts will be returned this week to greater Fox Valley merchants:

Not home-field advantage throughout the NFC playoffs.

Not the first 14-victory season in franchise history.

Not the four notches against the Chicago Bears in a calendar year.

Not the elimination of the Bears from the postseason hunt.

For the Packers, it was like getting four expensive watches on the basis of being really, really good for the majority of the year. They’ll take them as the spoils that accompanied the curb-stomping of their primordial rival Sunday night. Outside of a free pass to the Super Bowl — their next theoretical road game — there is nothing on the exchange rack they could use more.

But now it’s time for the Packers to make a serious New Year’s resolution.

Regaining their championship-contending posture would work.

I know, that is not the usual matching accessory for a 14-1 record.

Or especially a five-touchdown performance from their MVP-to-be quarterback.

But for six of the last eight quarters, there has been a sense that the Packers had regressed. They failed to improve last week at Kansas City, their only loss of the season. And for a half against the nameless, faceless, colorless but hardly odorless Bears, the Packers looked as if they were falling into the same trap.

More than that, they allowed these Bears to rush for 199 yards, a fairly preposterous notion by any measurement.

The Bears had a couple of running backs who were more anonymous than witness-protection-program recipients, and still the Bears moved the ball as if Walter Payton and Gale Sayers still were on the payroll. The Bears had a quarterback who, not so long ago, was a high school coach and had not started an NFL game in four years.

That goes to all kinds of recurring concerns here one regular-season game before the playoffs. It goes to a defense that has never earned a postseason sheen.

The Bears’ ability to work time-of-possession on the Packers, much as the Chiefs did the week before, went to the strategy of playing keep-away with Aaron Rodgers. For more than half the game, it worked. To the astonishment of a Lambeau gathering on an unseasonably mild Christmas evening, the Packers went three-and-out on three consecutive drives in the first half.

It got to the point that punter Tim Masthay, who usually does not have to work this much, might have been tempted to file for overtime holiday pay.

But the great equalizer, as usual, was Rodgers. He was never able to turn it on against the Chiefs, who had a couple of good cornerbacks and a strong pass rush. The hapless Bears had neither, so eventually natural selection took over.

Rodgers had another quarterback rating higher than the alcohol content of grandma’s holiday eggnog. He threw five touchdown passes. It all happened in such a flurry that his backup, Matt Flynn, was getting nowhere at an earlier starting point than usual.

Not that the Bears are the best barometer, but, per custom, everything keeps coming back to Rodgers, who just might be having the greatest season in NFL history.

The Packers’ defense can be so bad sometimes that it allows a completely toothless offense like Chicago’s to repeatedly bite off large chunks, and nine times out of 10, Mr. Rodgers is there with the bailing bucket. He has been so otherworldly good — 45 touchdown passes against six interceptions — that the defense occasionally can get embarrassed by the likes of these Bears and still it does not matter.

Only once this season has Rodgers been unable to take over a game and change everything about it, and that was in another stadium.

Now it’s not possible for the Packers to play anywhere else this season except Lucas Oil Stadium in Indianapolis for the next Super Bowl. At home with Rodgers, their defense can continue to be as pliable as it wants to be, at least before the expected arrival of the New Orleans Saints.