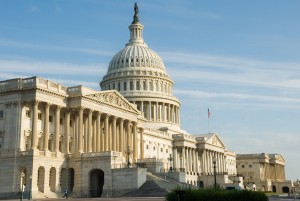 WASHINGTON — The House rejected a Senate-brokered compromise to extend a tax cut for working Americans and sent the measure to a conference committee for negotiations.

House Republicans chose the procedural path because many are uneasy with going on record as voting against the compromise package, a move that could leave them looking responsible if no other deal is reached before the tax break expires Dec. 31.

But it is unclear whether Tuesday’s vote will make any progress toward a deal.

Democratic leaders in the Senate and House say they will not allow a conference negotiation to happen. The Senate bill was negotiated between Senate Democrats and Republicans, they argue, and is the last chance to extend the tax break.

Tuesday’s vote was 229-193, with no Democrats supporting the measure. Among the seven Republicans who voted against the leadership measure were several who had expressed interest in accepting the two-month compromise as better than nothing.

But House Republicans say they believe Congress can do better and should use the next two weeks to try to get to a full-year extension of the tax break, as well as to unemployment insurance and a yearly change in the way doctors are paid by Medicare.

Democrats and Republicans have been deadlocked over how to pay for such a package.

In a letter to Obama sent Tuesday, House Speaker John Boehner, R-Ohio, emphasized that the House is working to get a compromise bill to the White house “in an expeditious fashion.”

“The differences between the two different bills can be quickly reconciled to provide the American people the certainty of a full-year bill,” Boehner said.

The head of the Democratic campaign arm in the House emphasized a divide within the GOP ranks, which he said will become a campaign theme in the 2012 election.

“There is a war within the Republican caucus and, sadly, the victims will be the middle class and the price will be $1,000 in higher taxes in January,” said Rep. Steve Israel, D-N.Y. “This is a turning point, and we are going to hold Republicans accountable for turning against their districts in order to kowtow to tea party extremists.”