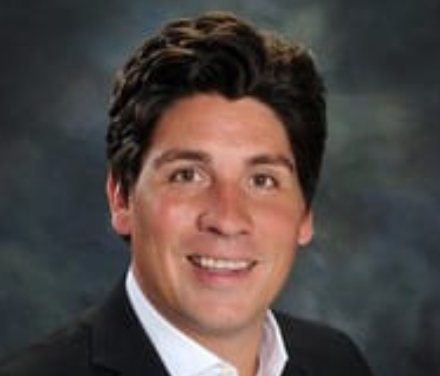 WASHINGTON, IOWA - The male mayor of this small Iowa town is in hot water after Iowa DCI agents pulled video surveillance footage showing him allegedly groping and smooching a male service member in a bar, leading to a felony sex abuse charge.

WASHINGTON, IOWA – The male mayor of this small Iowa town is in hot water after Iowa DCI agents pulled video surveillance footage showing him allegedly groping and smooching a male service member in a bar, leading to a felony sex abuse charge. 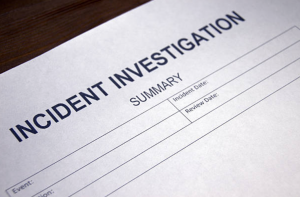 On the afternoon of Tuesday, January 24, 2023, Jaron Rosien, Mayor of the City of Washington (Iowa), turned himself in to Washington County Law Enforcement authorities on the criminal charge of Sex Abuse 3rd Degree (Class C Felony). Rosien has served the city of Washington since 2014, first as a councilmember from 2014-2018 and as Mayor from 2018 to present. The investigation into this matter was conducted by Agents within the Major Crime Unit of the Iowa Division of Criminal Investigation; assisted by the Office of the Washington County Attorney and the Office of the Iowa Attorney General – Area Prosecutions Division.

Jaron Rosien was elected Mayor of Washington in November of 2017 was sworn in as Mayor January 1, 2018. He had previously served one term on the city council.

According to a complaint/affidavit in this case:

On Wednesday, January 11th, 2023, an agent of the Iowa Division of Criminal Investigation (DCI) conducted an interview of a twenty-seven (27) year-old male who is currently full-time enlisted member of the United States Military (referred to hereafter as AB). The purpose of the interview of AB was to gather information relative to a report AB had made earlier that same day to an officer of the Washington (Iowa) Police Department. The report in question made by AB provided information about AB sustaining unwanted and inappropriate touching at the hands of JARON PRICE ROSIEN, who currently serves as the Mayor of the City of Washington. Due to the potential conflict of interest of the Washington Police Department conducting a criminal investigation involving allegations against the Mayor of the City of Washington, the investigation was almost immediately referred to the Iowa DCI.

AB indicated he and several friends/colleagues had patronized the Washington bar and grill known as J.P.’s 207. located at 207 W. Main Street in Washington, Iowa on the evening of Saturday, January 7th, 2023 going into the early morning hours of Sunday, January 8th, 2023. Initially, AB and his associates were playing pool inside J.P.’s 207 when they were first approached by ROSIEN, who wished to play the next game. AB stated some of his associates had identified ROSIEN to AB as being the Mayor of Washington, as well as the owner of J.P.’s 207.

AB indicated the evening proceeded with minimal interaction between himself and ROSIEN. AB indicated sometime nearing closing time at J.P.’s 207, AB’s group began closing their respective bar tabs. AB stated as he and a female associate were seated at the main bar, ROSIEN approached AB and asked AB if he wished to play a game which was positioned at the bar. AB agreed and the two began playing.

AB stated at one point while he and ROSIEN were playing the game on the bar, ROSIEN began loudly and repeatedly making crude comments about men’s genitalia.

AB stated as ROSIEN was making this comment over and over, he (ROSIEN) who was positioned facing AB at the time, began sliding his right hand up AB’s right inner thigh, going up to AB’s penis and grabbing AB’s penis from outside AB’s pants. AB stated as ROSIEN was grabbing AB’s penis, ROSIEN moved his face to within an inch or two of AB’s face. B stated couldn’t recall whether J.P.’s lips ever made contact with the alleged victim’s face.

Agents of the Iowa DCI conducted an interview of ROSIEN on Thursday, January 12, 2023 during which ROSIEN admitted to being in J.P.’s 207 on the night in question and socializing and consuming alcohol with military personnel. ROSIEN also admitted to behaving flirtatiously with an individual matching the physical description of AB. ROSIEN neither admitted to nor denied inappropriately touching AB, but rather stated, due to his own level of intoxication, could not recall.

(PHOTO: Mayor Jaron Rosien, of Washington, Iowa. He is innocent until proven guilty.)