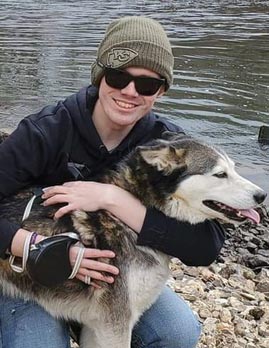 Funeral services will be held at 11:00 a.m. Tuesday, June 8, 2021, at Our Savior’s Lutheran Church in Osage with Rev. Cindy S. Krause officiating. Burial will be in Osage Cemetery with Military Rites by Iowa Honor Guard of Des Moines. Visitation will be from 5:00 to 7:00 p.m. Monday, June 7, 2021 at the church in Osage.

Cameron was born October 23, 1994, in Columbus, Ohio, the son of Terry and Pam (Groff) Broderick. He graduated from Osage High School in 2013.While in High School he was Homecoming King, participated in basketball, cross country, Big Brother and Sister program and various Theater productions. He briefly attended U.N.I. Before enlisting in the Army National Guard in 2015.

He was preceded in death by his grandparents, Dick Groff, Bill and Alice Broderick and Joe and Doris Whisler; two dear friends and classmates, Drew Bellairs and Jonah Roggensack.

Cameron was a Registered Donor and because of this 200 people will benefit from his donation.