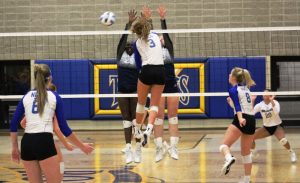 Wagner, who led the Lady Trojans with 581 kills, is the first NIACC player to earn first-team all-region honors since Samantha Pedersen was a first-team pick in 2009. The 581 kills by Wagner this season ranks first on the school’s single-season kills list. 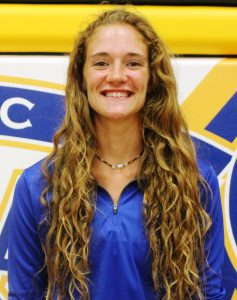 Also, NIACC freshman Kennedy Meister was a second-team all-region selection as an outside hitter. Meister was second on the team with 408 kills, which ranks fourth on the school’s all-time single-season list.

Gauch ranks fifth on NIACC’s career digs list with 813 and Roush ranks third on the school’s career assist list with 1,521.

Wagner, who is NIACC’s career kills leader with 859, was also a first-team NJCAA Region XI-B selection. Meister and Gauch were both second-team Region XI-B picks. Region XI-B, this season, was made up of teams from Northeast, NIACC, Hawkeye CC and Southwestern.

NIACC was 23-15 in 2018 and advanced to the NJCAA Region XI-B title game before falling to Northeast CC.