DES MOINES – An Iowa man who attempted to lure children across the state and  allegedly committed a sexual abuse in the process has been sent to prison for life.

These charges stemmed from a November 16th incident in Monona County, IA, in which he attempted to lure a child into his vehicle.  After further investigation into Lee by the Iowa Division of Criminal Investigation and other Iowa law enforcement agencies, it was determined that he had also committed crimes of the same manner across Iowa. As a result, Lee was charged in two other jurisdictions. The criminal charges that he faced in Jasper County are a result of an August, 17, 2016 incident in Colfax in which he lured a child into his car and touched her.  He was charged with one (1) count of Kidnapping in the First Degree, a Class A Felony; one (1) count of Sexual Abuse in the Second Degree, a Class A Felony and one (1) count of Enticing a Child, a Class C Felony.

Lee also faces charges in Grundy County from an August 2, 2016 incident in which he was charged with three (3) counts of Enticing a Child, a Class C Felony and one (1) count of Enticing a Minor, a Class D Felony.  The investigation into Lee is on-going and additional charges may be forthcoming.

After a guilty verdict in January, this week in in Jasper County, Altmayer was sentenced to life in prison on charges of first-degree kidnapping, second-degree sexual abuse and two counts of enticing a minor. 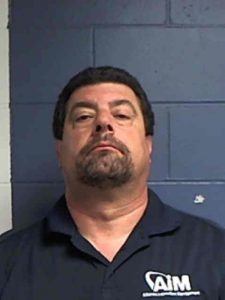