CHARLES CITY – Charles City police recently caught a dangerous, unlicensed, uninsured, intoxicated driver on the wrong side of the highway with no headlights.

On July 16, 2017, officers with the Charles City police department conducted a traffic stop in the 500 block of Allison Street on a vehicle without operating headlights. After an investigation, 31-year-old Deandre Ramone Williams was arrested on a charge of second-offense operating while intoxicated. He was also charged with no headlights, driving on the wrong side of a highway, no valid driver’s license and no insurance

Williams was taken to jail and a public defender was appointed. He now awaits a hearing set for August 16. 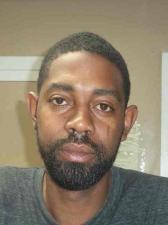