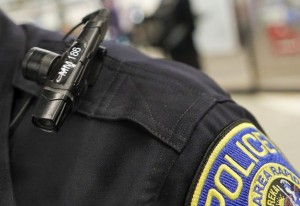 BURLINGTON, IOWA – An Iowa police officer acted within the law as he protected himself and shot a woman and her dog while responding to a domestic situation, a county attorney has determined.

Des Moines county Attorney Amy K. Beavers released a detailed statement this weekend which explained a shooting that occurred on Tuesday, January 6, at approximately 10:25 AM, when an officer from the Burlington Police Department responded to a domestic dispute in the 100 block of South Garfield Avenue in Burlington, which resulted in the death of a mother of three children by gunshot.

Autumn Mae Steele, 34, died while being treated for an apparent gunshot she received when officer Jesse Hill fired his weapon twice with one round striking Steele in the mid torso and the right arm. According to an account of the incident released by Beavers, a 911 call was made by Autumn Mae Steele’s husband, Gabriel, the morning of January 6, 2015. She had went to their home on violation of a no-contact order that had been recently set by a judge due to an earlier domestic incident. Witnesses described her chasing Gabriel out of they home that morning as he carried a child, and Autumn Mae Steele was violently striking Gabriel as officer Hill approached on foot. The family dog, a male German Shepherd named Sammy, then attacked officer Hill, jumping on his back.  Officer hill fired twice, once as he fell backward. Both Sammy and Autumn where shot and lay in the snow. Officer Hill had activated his body camera before he made contact, which assisted in forming the narrative of the fatal incident.

Autumn Mae Steele was later pronounced deceased.  She was a mother of three and a dental technician.

Officer Hill – who has been employed as an officer for the Burlington Police Department since August 13, 2013 – was taken to the Great River Medical Center and received treatment for the dog bite.

Sammy the dog sustained only a graze wound and survived.

Beavers articulated all possible charges that officer Hill could have faced in the shooting incident, including murder, manslaughter, involuntary manslaughter, etc., and determined that he acted within the law and no charges would be brought against him.