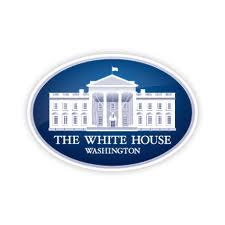 WASHINGTON, DC – Today, as part of his We Can’t Wait initiative, President Obama announced that four nationally and regionally significant surface transportation projects will be expedited to put Americans to work replacing aging infrastructure and improving the reliability and resiliency of critical highway, transit and rail systems in Maine, North Dakota, Oregon and Washington State.   These projects will improve connectivity across the regions – both rural and urban – providing for the safe and efficient movement of people, goods and services.  Coordination among agencies will save between several months to more than a year on these projects.

As part of a Presidential Executive Order issued in March of this year, the Office of Management and Budget is charged with overseeing a government-wide effort to make the permitting and review process for infrastructure projects more efficient and effective, saving time while driving better outcomes for local communities.  The Administration’s efforts to continuously add more transparency, accountability, and certainty into the permitting and review process will enable project developers and private investors to more efficiently modernize our nation’s infrastructure.   Additional expedited infrastructure projects will be announced in the coming weeks.

“Across the country our investments in infrastructure are putting people back to work building and modernizing our transit systems, railroads,  bridges and highways,” said U.S. Transportation Secretary Ray LaHood. “The Administration is committed to doing its part to help communities across the country move forward with these critical projects as quickly and efficiently as possible.”

This $25 million project will leverage TIGER funds to replace an 80 year-old movable bridge at the end of its service life with a high-level fixed bridge that will maintain this critical transportation link across the Kennebec River in Maine.  This bridge, which carries State Route 197 between Richmond and Dresden, will be built to accommodate the U.S. Coast Guard vessel for ice breaking. Expediting the Section 106 process to allow archaeological data recovery on the Fort Richmond archaeological site while other environmental consultations are being completed is estimated to save up to a year.

The Devils Lake Rail Improvements project will raise the Burlington Northern Santa Fe (BNSF) rail line to address the rising level of Devils Lake and ensure the line remains open to passenger and freight traffic.  The Project, which received a $10 million TIGER III (2011) grant for phased infrastructure improvements as part of an overall $100 million program, will allow Amtrak’s operating speeds to increase, improve long‐term reliability and lower maintenance costs for both passenger and freight rail. The rail line connects rural communities in North Dakota, Montana, and eastern Washington to larger urban centers with essential services in an area where extreme weather conditions frequently close roads and airports. The project is an example of recovery efforts in the Devils Lake area and involves extensive coordination between the North Dakota Department of Transportation, BNSF, US Army Corps of Engineers and the Federal Railroad Administration to ensure timely permitting and environmental approval processes.  Through careful engineering and planning, the rail improvements will be constructed with little to no environmental impact, and all work will be completed within existing BNSF right‐of‐way.

This $3.5 billion Columbia River Crossing project will replace the I-5 bridges over the Columbia River connecting Vancouver, WA to Portland, OR and also extend an existing light rail system, making a long sought after rail transit link between Portland and Vancouver finally possible. The project also includes the reconstruction of highway interchanges, improved freight access, the procurement of light rail vehicles, and the construction of park-and-ride spaces.  It is a multimodal project focused on increasing mobility of motorists, freight traffic, transit riders, bicyclists, and pedestrians. The project is a long-term, comprehensive solution funded jointly by the Federal Highway and Federal Transit Administrations and state and local sources to improve safety and relieve highway and freight congestion problems throughout the region. A renewed effort of interagency coordination to resolve complex issues and define a clear path forward has resulted in a transparent and predictable schedule to complete the permitting and review process.  This work builds on previous  efforts to enhance coordination between agencies from two states and among federal agencies to develop an effective approach for coordination and streamlining.

The $89 million Point Defiance Bypass Project is part of the larger Pacific Northwest Rail Corridor (PNWRC). The purpose of the Point Defiance Bypass Project is to provide more frequent and reliable high-speed intercity passenger rail service between Seattle and Tacoma to points south. The project will reroute passenger trains to an existing rail line along the west side of I-5 through south Tacoma, Lakewood, and DuPont. Passenger trains, including Amtrak Cascades, currently must slow down due to curves and single-track tunnels on the BNSF Railway main line tracks near Point Defiance and along southern Puget Sound. This project, with extensive regional benefits,  is key to providing more competitive intercity passenger rail service between Seattle, WA and Portland, OR. This project is the result of intensive public and stakeholder involvement, so that any community concerns can be identified and resolved ahead of time to avoid later delays. Outreach to the community and other agencies has been rigorous and is ongoing. In an effort to reduce the overall environmental impacts of the Project, the preliminary design calls for the use of an existing transportation corridor and associated infrastructure, rather than the creation of a new corridor, allowing for the use of an Environmental Assessment instead of a possible Environmental Impact Statement, potentially saving multiple months of environmental review.